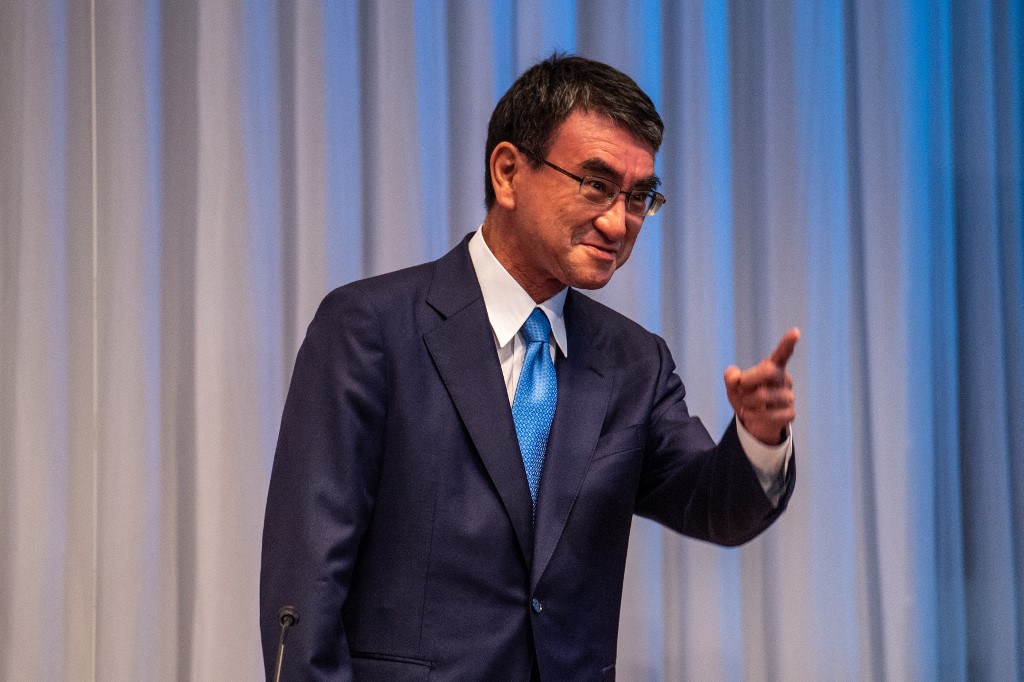 Taro Kono -- a political heavyweight who has been minister of defence, foreign affairs and Covid vaccines -- has already declared war on fax machines, floppy disks and other obsolete technologies that are still common in the world's third-largest economy.

"I have no plan to be a coordinator. If there are people who have a problem with it, I will beat them up," he quipped in an online interview with a small group of journalists.

"The pandemic forced everyone to acknowledge that Japan's digitalisation has been slow," added Kono.

"It has become crystal clear, compared with other countries, how difficult it is to do business and to conduct daily affairs."

Japan is often internationally considered a byword for high-tech, but fax machines are still routinely used by businesses and households along with email and texting apps.

Floppy disks and CD-ROMs are less visible to consumers, but some official documents are legally required to be stored in these outdated formats.

"Throughout Covid, we have seen so many countries move their government procedures onto digital platforms," Kono said.

"At the same time, we are not there yet."

He blamed a culture that does not necessarily encourage people to suggest change in the workplace, which he said results in people pretending not to notice problems.

"People are so quick to make changes if something is not convenient at home. But once you step out of your house, everything becomes someone else's problem," Kono said.

"We must build a society where people take actions and suggest improvements to better society.

Kono, who has also sought to phase out the personal ink signature stamps known as hanko, said he was optimistic society would embrace the convenience of digitalisation.

"If people feel their lives are getting better, more convenient, easier, I think that means the digital agency is successful," he said.

"How do you measure that? If you see people have more smiles on their face."