TOKYO, April 13 (Xinhua) -- Japan's health ministry and local governments said the number of domestic coronavirus cases in Japan had reached 7,656 as of 7:30 p.m local time Monday just less than a week after Prime Minister Shinzo Abe declared a state of emergency over the crisis for Tokyo and six other prefectures. 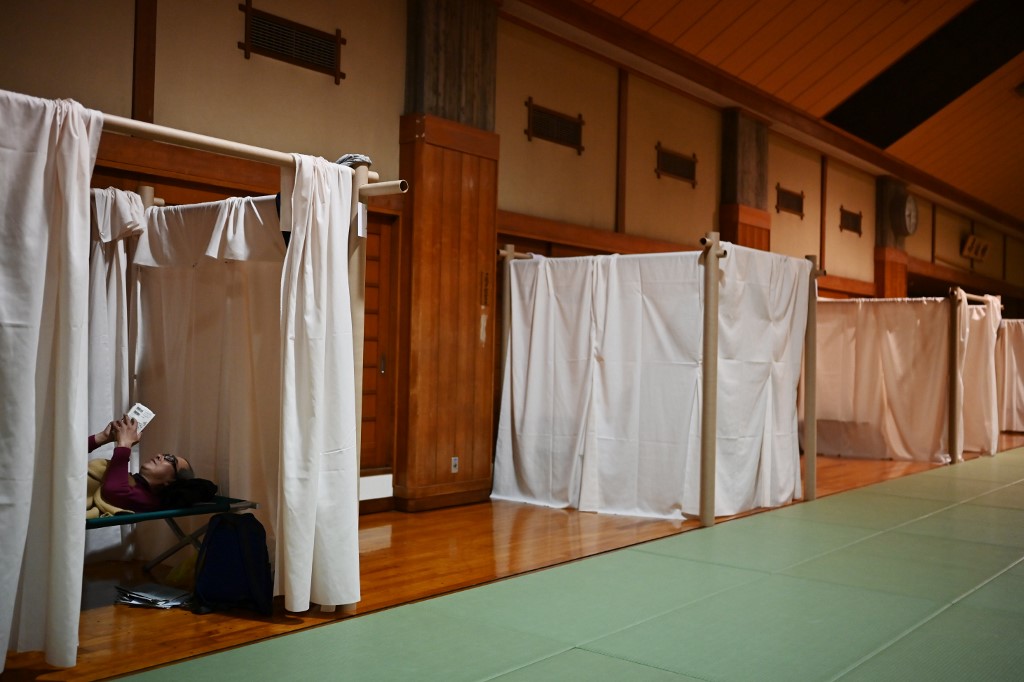 Katsuya Asao, 54, rests at a shelter provided by Kanagawa prefecture for the people who can’t afford to rent an apartment and used to stay at designated internet cafes, which are closed due to the COVID-19 coronavirus outbreak state of emergency, at a Judo sport hall in Yokohama, Kanagawa prefecture on April 13, 2020. (Photo: AFP)

The death toll from the pneumonia-causing virus currently stands at 141, with daily cases in Tokyo, the epicenter of the nation's outbreak, rising by 91 to a total of 2,159, the latest figures showed.

In a bid to curb the ongoing spike in COVID-19 cases in the capital, Tokyo Gov. Yuriko Koike on Friday outlined which businesses will be subjected to restrictions or asked to shut down completely, following Japan declaring a state of emergency last Tuesday for Tokyo, Kanagawa, Saitama, Chiba, Osaka, Hyogo and Fukuoka prefectures.

As a result, Japanese "izakaya" pubs in the capital have been requested to close their doors at 8 p.m. and restaurants asked stop serving alcohol by 7 p.m.

Essential services like medical institutions, supermarkets, convenience stores, hotels, public transport providers and financial services, among others, are being allowed to operate provided they take measures to curb the spread of the virus.

Many other prefectures are asking their residents to follow suit with Tokyo's restrictions, and some have independently declared their own state of emergency while calling on the central government to add them to the official list covered by the declaration.

While Tokyo has confirmed well over one-third of all cases across nation, Osaka Prefecture, as of Monday evening, had recorded 835 cases, followed by Kanagawa Prefecture with 559.

The health ministry also said there are currently a total of 141 patients considered severely ill and are on ventilators to receive respiratory assistance or have been admitted to intensive care units for medical treatment.

The ministry added that in total, 1,443 people have been discharged from hospitals after their symptoms improved, according to the latest figures.