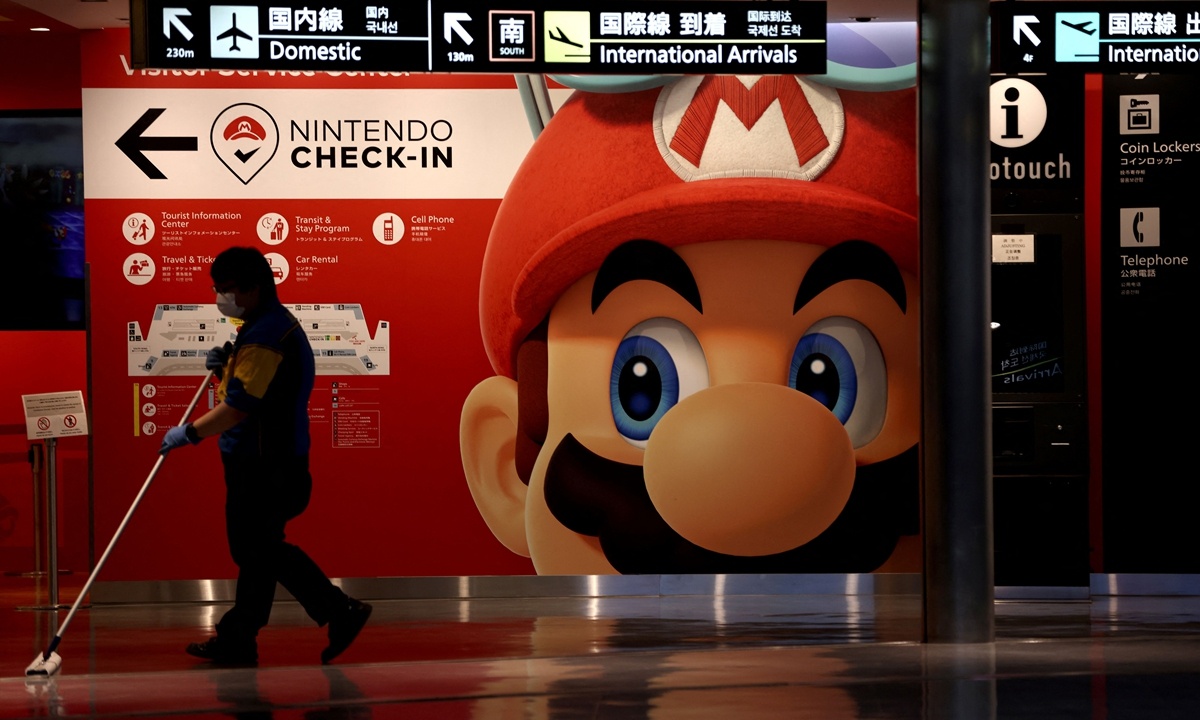 A janitor mops the floor in front of a sign featuring Nintendo game character Mario at Narita Airport in Chiba Prefecture, Japan on Tuesday. Japan reported more than 747,000 coronavirus infections and 13, 006 fatalities as of Tuesday. (Photo: AFP)

Japan's economy grew 0.3 percent in the three months to June, slightly more than expected despite a surge in virus cases and new restrictions, data showed Monday.

The growth came after a contraction in the world's third-largest economy in the previous quarter, driven by a slowdown in consumption after the government introduced stay-at-home requests.

The data released by the cabinet office also showed a slight upwards revision for the first quarter, when the economy shrank 0.9 percent, compared to a previous estimate of 1.0.

Japan recorded growth in the two quarters to December, but that came to a halt with a resurgence in coronavirus cases over winter that led to the imposition of states of emergency.

Tokyo and other regions have now spent much of 2021 under restrictions, with the vaccine rollout beginning later than other developed nations and moving more slowly.

The program has picked up speed and around a third of Japanese are now fully vaccinated but infections are at record levels, with nationwide daily cases topping 20,000 in recent days.

Analysts said there was still hope on the horizon.

"Output only edged higher in the second quarter and won't do much better this quarter as the Delta-driven fifth wave holds back consumer spending," wrote Tom Learmouth, of Capital Economics.

"But with the vaccine rollout still moving fast, a strong recovery in Q4 remains on the cards."