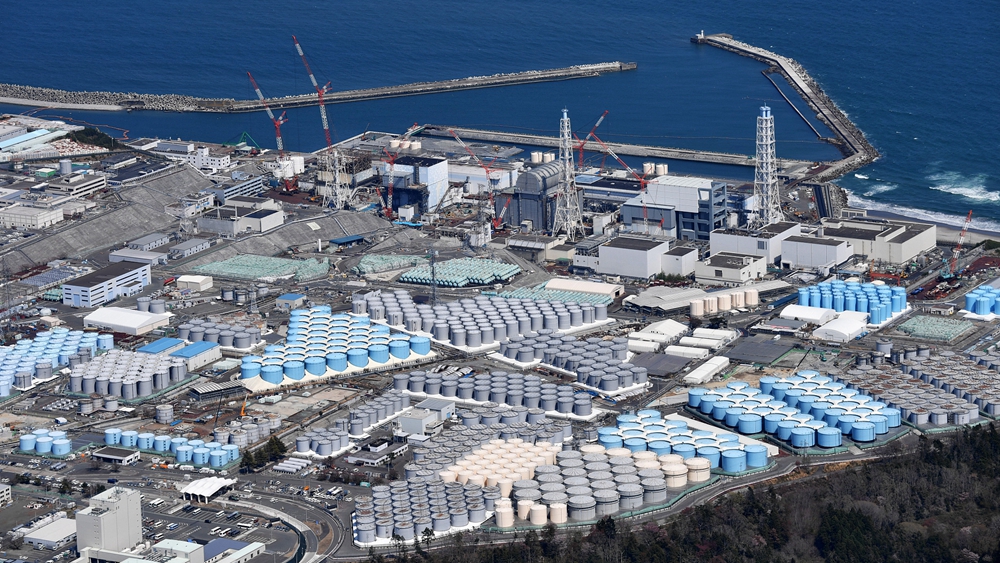 The Japanese government decided in April to start discharging the water from around spring of 2023.

The country's decision to dump Fukushima contaminated water into the sea has received strong criticism from its neighboring countries including China.

China has expressed serious concerns about Japan's decision to discharge contaminated water from the Fukushima nuclear station, with Foreign Ministry spokesperson Zhao Lijian saying that China urged the Japanese side to take a responsible attitude and treat the issue of nuclear waste disposal with caution.

Zhao stressed that proper disposal of nuclear waste is related to international public interests and the vital interests of neighboring countries, which should be handled carefully and properly to avoid further damaging the marine environment, food safety and human health.

Meanwhile, South Korea has also voiced its "grave concerns," with Foreign Ministry spokesman Choi Young-sam saying "it will be difficult to accept if the Japanese side decides to release the contaminated water from the Fukushima nuclear power plant without sufficient consultations."

TEPCO is seeking to start full-scale construction of the tunnel in early 2022 after applying to the Nuclear Regulation Authority for a review of the construction plan, according to local media.

More than 1 million tons of treated water has accumulated since a massive earthquake and tsunami, which triggered a triple meltdown at the Fukushima plant in March 2011.

Water pumped into the ruined reactors at the Fukushima plant to cool the melted fuel, mixed with rain and groundwater, which has also been contaminated, is being treated using an advanced liquid processing system to remove most contaminants, according to local media.

However, substances like tritium -- a radioactive byproduct of nuclear reactors -- are hard to filter out.

According to some marine experts, traces of ruthenium, cobalt, strontium, and plutonium isotopes in the wastewater also raise concerns.

The decision to release the contaminated water offshore into the Pacific is aimed at preventing reputational damage to local marine products amid condemnation from fishermen, local media reported.

The Japanese government said it will buy marine products as an emergency measure to support fishermen if the planned discharge of treated water from the Fukushima plant into the sea hurts their sales.