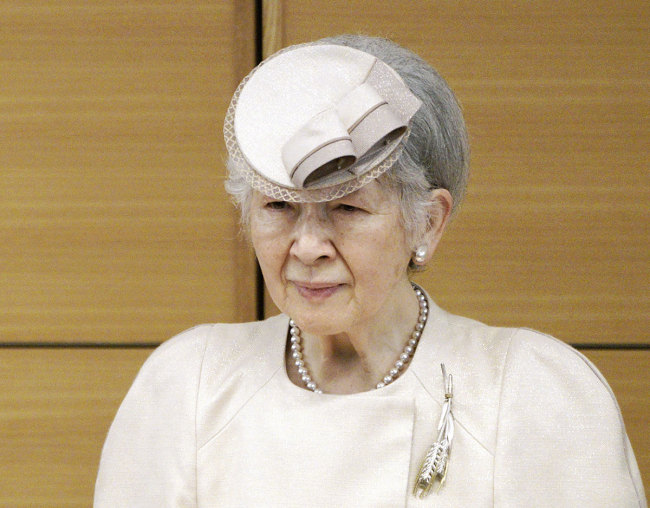 The Imperial Household Agency said Friday that doctors found Michiko had an early stage of breast cancer in a health check in July.

Michiko, 84, received the title of empress emerita after her husband, Akihito, abdicated on April 30. Their son Naruhito ascended to the Chrysanthemum Throne on May 1.

Doctors also found in June that she has a minor heart problem that needs monitoring, though she has continue to make private outings.

Palace officials quoted doctors as saying that she has lost weight in recent months and needs to regain her stamina before having an operation.