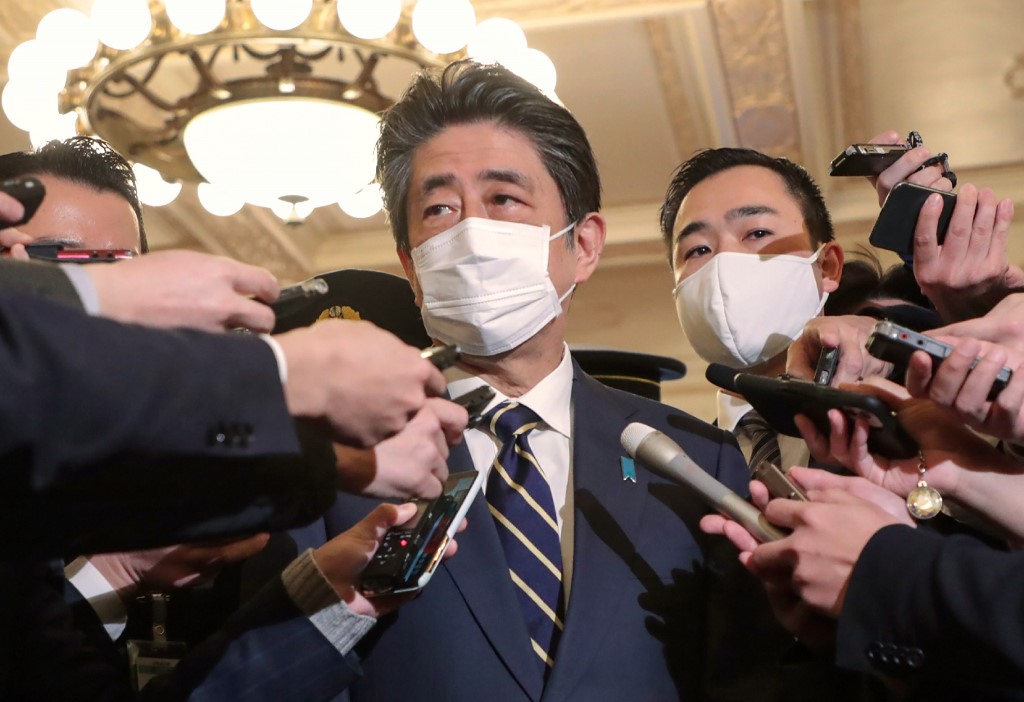 The prosecutors have instead issued a summary indictment for Hiroyuki Haikawa, a state-paid secretary to Abe, and will seek to fine him for failing to report in the group's political fund reports spending and revenue related to parties that were held on the eve of government-funded cherry blossom viewing events during Abe's premiership.

As well as being Abe's secretary, Haikawa, 61, also headed the political support group that organized the parties.

The parties held over a five-year period through last year cost 23 million yen (222,000 U.S. dollars) with the amount being higher than revenue collected from attendees.

Many of the parties' guests were voters in Abe's constituency in Yamaguchi Prefecture, in western Japan.

The indictment said that Haikawa did not record the income and expenditures for the opulent dinner parties held between 2016 and 2019.

Haikawa admitted that he didn't keep legal records of the spending and expenditure related to the parties, in violation of Japan's political funds control law, sources close to the matter said.

The prosecutors did not indict Abe owing to a lack of evidence they said, although the former prime minister may appear in parliament on Friday to account for the issue, as he has said he will do.

Abe, since the scandal first came to light in November last year, has denied any wrongdoing and during voluntary questioning by prosecutors on Monday said that he was not aware that his group had shouldered any part of the costs for the parties.

Opposition parties have been quick to take aim at Abe, believing that he was culpable.

Jun Azumi, the Diet affairs chief of the main opposition Constitutional Democratic Party of Japan, has claimed Abe made false statements in parliament.

"They were a blot in the history of constitutional politics. We are not convinced by the prosecutors' decision. It is hard to understand for the people," Azumi told reporters.

Akira Koike, head of the secretariat of the Japanese Communist Party, said Abe should resign as a lawmaker and "tell the truth" in parliament.

Ruling Liberal Democratic Party lawmakers, for their part, want to hear from Abe and for the ex-premier to explain himself.