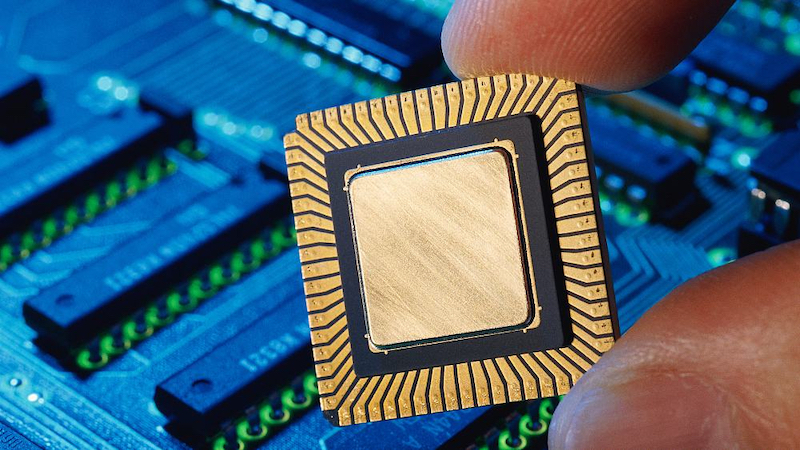 TOKYO, July 4 (Xinhua) -- Japan on Thursday started tightening rules for the exports of semiconductor-related materials to South Korea, which some experts say could result in a lose-lose outcome for both countries.

The Ministry of Economy, Trade and Industry of Japan said earlier this week that it will tighten restrictions on exports of high-tech materials to South Korea, citing "significant damage to the relationship of mutual trust."

Under the new restrictions which took effect from Thursday, individual applications will be necessary for exports to South Korea of three materials used in high-tech products, a process that can take around 90 days.

They materials include fluorinated polyimide, hydrogen fluoride and resist, which are used in the manufacturing process of semiconductors and screens for smartphones and TVs.

Japan also indicated Monday it plans to remove South Korea from its "white list" of countries that enjoy preferential treatment in the shipments of items that could be diverted for military use.

The move came as relations between Japan and South Korea soured since late last year over a series of South Korean court rulings that ordered Japanese firms to compensate laborers who were forced to work for the companies during World War Two.

However, the Japanese government insists that the measure is being taken due to security concerns, adding it is not a retaliation against South Korea.

The restrictions could deal a blow to the technology industries of both countries, whose supply chains are deeply linked, experts say.

According to the South Korea Trade Association, among the three materials which Japan has tightened export controls, South Korea has imported 90 percent or more from Japan of two materials.

"Fluorinated polyimides" used for organic EL panels for TVs and smartphones are imported from Japan from January to May at around 12.14 million U.S. dollars ,accounting for 93.7 percent of the whole.

Meanwhile, since 2010, Japan has continuously accounted for more than 90 percent of South Korea's imports of "resist," which is used as a photosensitive liquid to be applied to semiconductor substrates.

Japanese economist Hidetoshi Tashiro told Xinhua that Japan's actions against South Korea would cause serious damage to itself.

The semiconductor industry which is in a recession in Japan will be affected, he said, as Japanese companies that make materials and components are struggling to survive on sales to South Korea.

According to the expert, if exports to South Korea are restricted, there will be an oversupply of production equipment and investment, and even the survival of Japanese enterprises will be threatened.

Japan's move is seen as a retaliation for South Korea's handling of "labor issues". In addition, the ruling Liberal Democratic Party is doing so to rally support for the upcoming upper house election, the economist said.

Japan will hold upper house elections on July 21. According to Tashiro, the implementation of export curbs on South Korea at this time can quickly stir up anti-South Korean sentiment among the Japanese people, demonstrate the actions of the Japanese government and prompt the public to vote for the ruling camp.

Ni Yueju, a researcher at the Institute of World Economics and Politics at the Chinese Academy of Social Sciences, said South Korea is bound to strike back at Japan.

Japan's Nikkei newspaper said that negotiations are the right way to resolve the issue. Japan's export controls on South Korea will hurt its efforts to secure a free trade environment. If there is any improper behavior in the export management of South Korea, the Japanese side should solve it through consultation with the South Korean government.

Export controls on South Korea will not only affect the relations between Japan and South Korea, but also affect the future development of the global economy, Nikkei said.