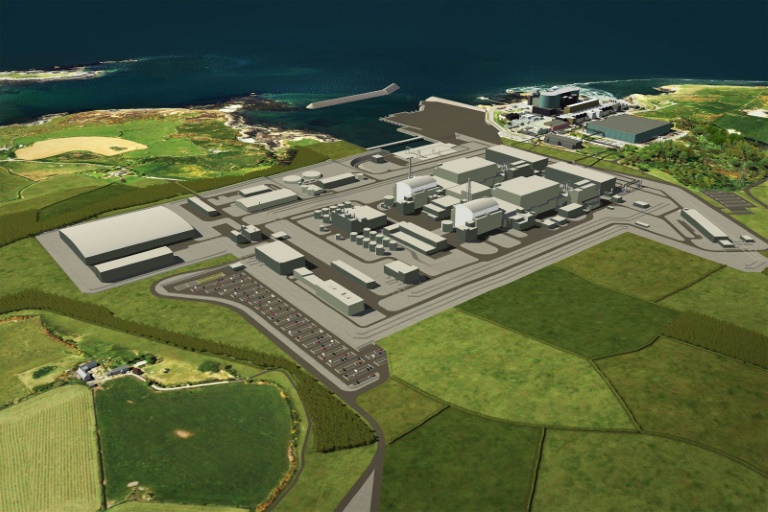 An image released on January 17, 2019 by Horizon Nuclear Power shows an artist's impression of the new Wylfa nuclear plant in Anglesey, North Wales due to be built by Hitachi (Photo: AFP)

Hitachi said Thursday it would freeze construction of its stalled nuclear power station in Wales due to problems financing the project, a blow to Britain's nuclear strategy and a costly decision for the Japanese firm.

The company said in a statement the decision was made "from the viewpoint of Hitachi's economic rationality as a private enterprise".

Shelving the project at the Wylfa Newydd plant on Anglesey, a small island off the Welsh coast, will cost the Japanese firm 300 billion yen ($2.8 billion), it said.

The British government had reportedly agreed to finance two thirds of the three trillion yen construction cost, with Hitachi as well as Japanese and British investors scheduled to cover the balance.

But Hitachi's fund-raising efforts have been deadlocked at home while its request for additional investment from the British government has been shelved with London consumed by Brexit.

"Unfortunately, despite the best efforts of everyone involved, the parties have not been able to reach an agreement to the satisfaction of all concerned," Hitachi said.

The Japanese firm added: "As a result, Hitachi has decided to suspend the project at this time... as it is now clear that further time is needed to develop a financial structure" for the project.