TOKYO, Oct. 14 (Xinhua) -- Japan's House of Representatives was dissolved after the reading out the rescript of dissolution at the plenary meeting on Thursday for a general election. 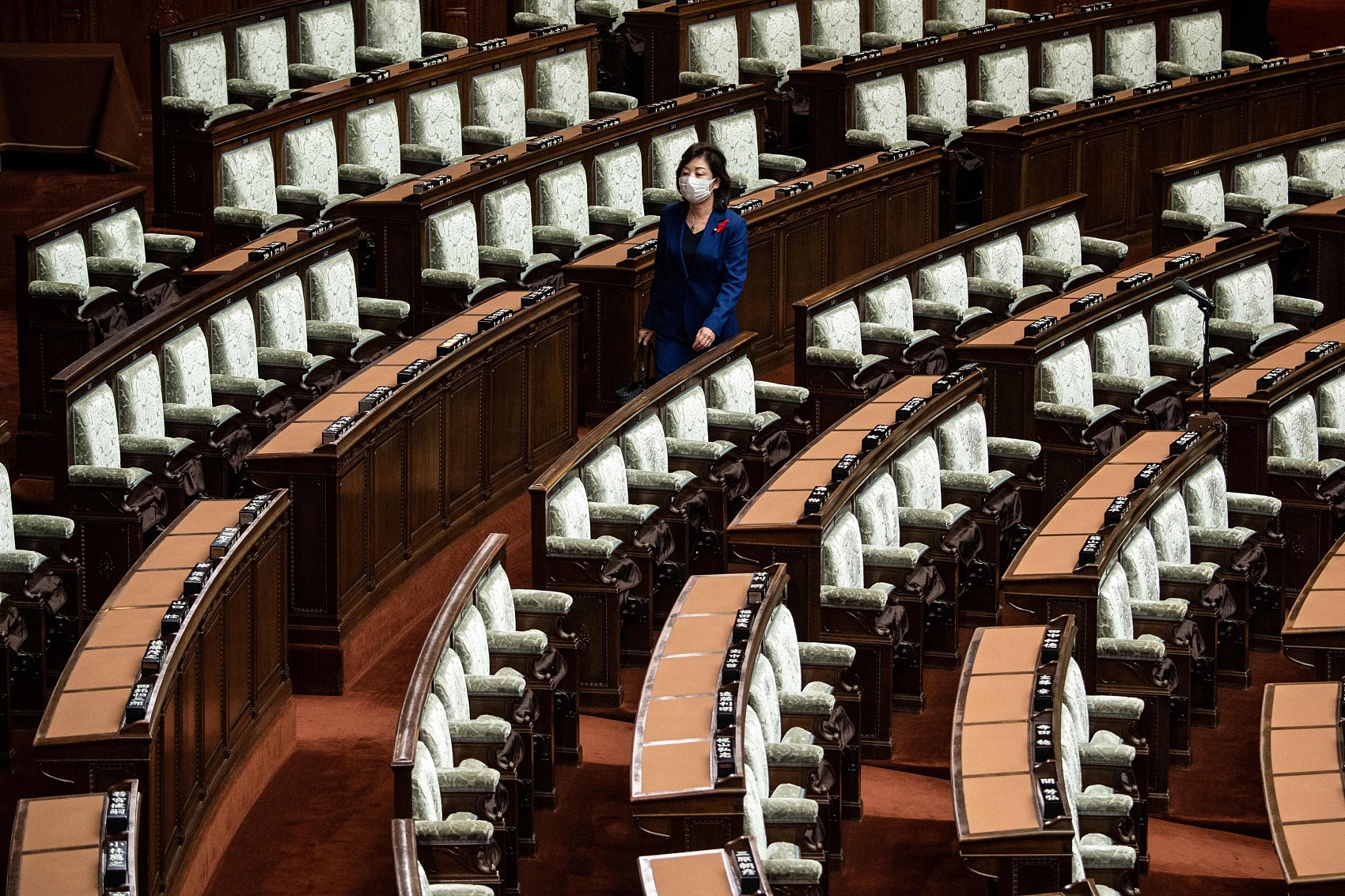 Japan's Minister for Child Agency and Countryside Revitalisation Seiko Noda attends a session at the lower house to dissolve parliament in Tokyo on October 14, 2021. (Photo: AFP)

The general election will be held on Oct. 31 after the four-year term of lower house members expires on Oct. 21.

In Japan's postwar history, this will be the first time that a general election is scheduled after the term has expired. In addition, the period between the dissolution of the lower house and the voting day will be the shortest.

Fumio Kishida, newly elected Japanese prime minister, won the presidential election of the ruling Liberal Democratic Party (LDP) on Sept. 29 and was elected as prime minister on Oct. 4 in parliament controlled by the LDP-led coalition.

Kishida wishes to garner wider public support in the general election for his policies to recover the battered economy from the pandemic and to enhance its COVID-19 response. He has said that an economic package worth "tens of trillions of yen" is in preparation to help people and businesses suffering from the COVID-19 pandemic.

In his first policy speech, Kishida vowed to achieve economic growth for the country with his "new form of capitalism" and redistribute the fruits of that success to build up a stronger middle class. However, he has recently emphasized that Japan needs to first realize economic growth before redistributing wealth.

According to a Kyodo News survey, the approval rating for Kishida's Cabinet shortly after its launch stood at 55.7 percent.

Kishida's pledge to reduce wealth disparities has already been doubted after he expressed to delay his plan to consider raising the rate of capital gains tax.

The Constitutional Democratic Party of Japan (CDPJ) has stressed that Japan could not achieve steady economic growth and poverty reduction unless the redistribution of wealth completes first.

The party vowed to increase taxes on rich individuals and large companies while easing the burden on lower- and middle-income households.

The CDPJ has called for a temporary lowering of the consumption tax from the current 10 percent to 5 percent and effectively exempting people who earn less than around 10 million yen (88,063.05 U.S. dollars) annually from paying income tax.