TOKYO, June 4 (Xinhua) -- Household spending in Japan increased a record 13.0 percent in April from a year earlier as spending bounced back after plummeting due to the downside effects that followed the outbreak of the novel coronavirus here last year, the government said in a report on Friday. 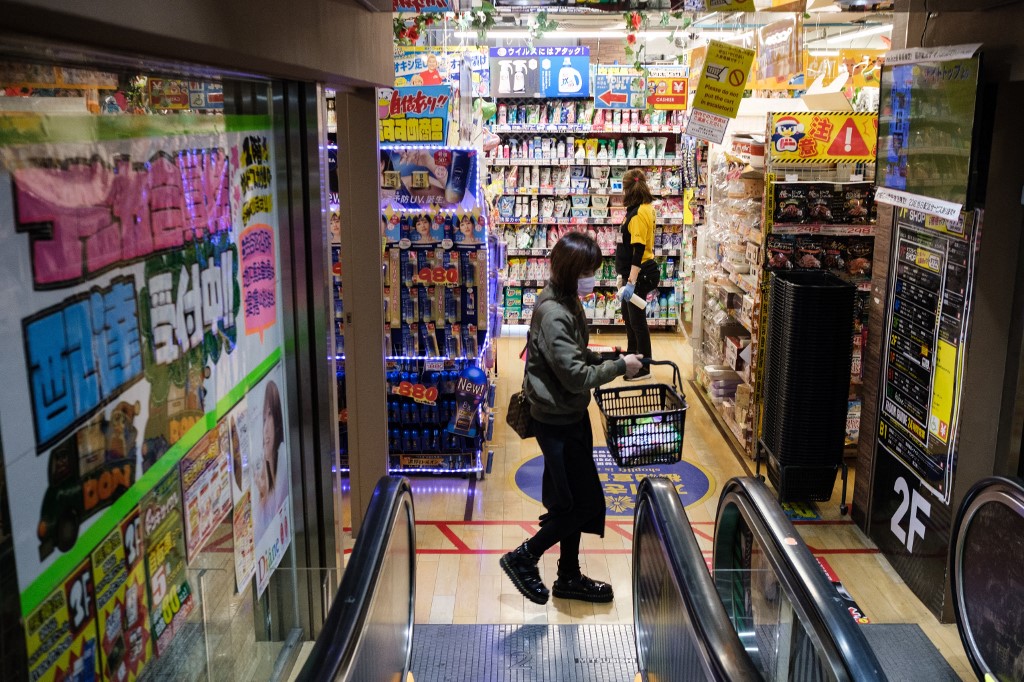 A woman shops at a supermarket in Shinjuku district of Tokyo on April 6, 2021. (Photo: AFP)

According to the Ministry of Internal Affairs and Communications, in real terms, households with two or more people spent an average 301,043 yen (2,731 U.S. dollars), marking the largest year-on-year increase since comparable data became available.

The statistics bureau said that the latest increase came on the heels of a 6.2 percent rise logged in March.

On a seasonally adjusted basis, the ministry's data showed that household spending, a key indicator of private consumption comprising more than 50 percent of Japan's gross domestic product, rose 0.1 percent from the previous month, marking the third month of increase.

It also revealed that in April, the average monthly income of salaried households with at least two people, after dropping 1.0 percent in March, increased a real 2.8 percent on year to 543,063 yen (4,929 U.S. dollars).