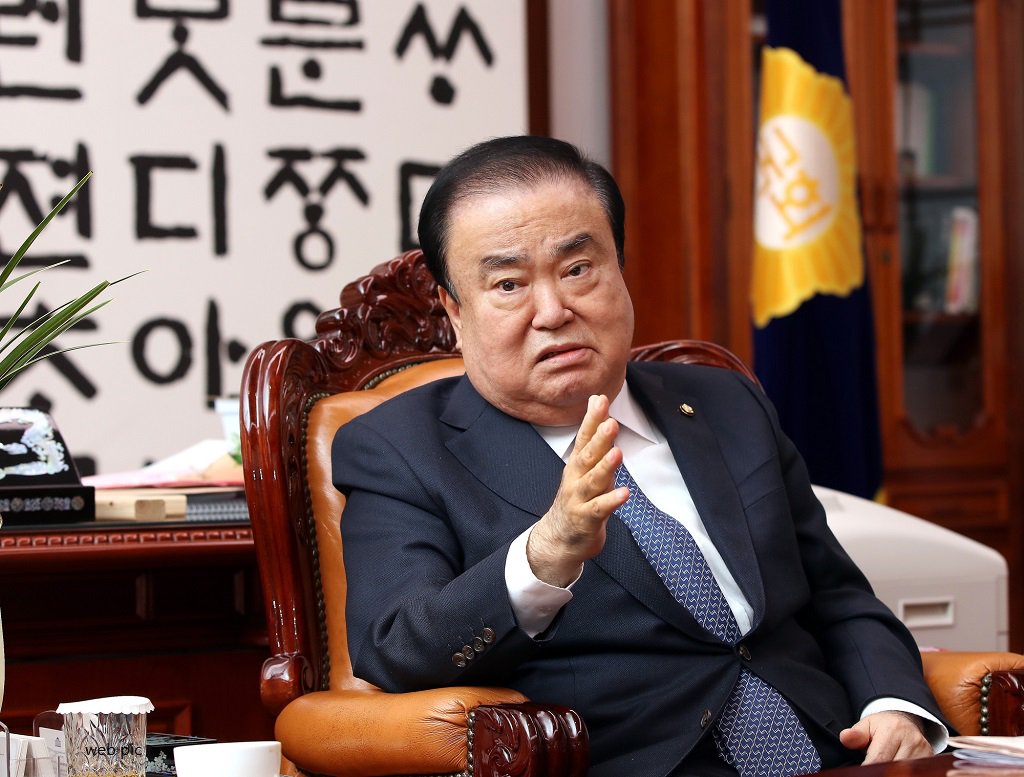 The emperor will abdicate the Chrysanthemum Throne in April this year, marking the end of an Imperial era,

While Japan has demanded the remarks be retracted and lodged what Prime Minister Shinzo Abe described as a "stern protest" over the matter and demanded an apology from Moon, the assembly speaker has doubled-down on his remarks and rejected Tokyo's demands for an apology.

Moon's remarks have drawn the ire of both the Japanese government and the people here, as Tokyo maintains that an agreement reached between the two countries in 2015 that saw Tokyo fund a foundation designed to help "comfort women" victims, would settle the issue "finally and irreversibly."

The issue has intensified following South Korea saying in November last year that it would dissolve the fund and that discussions leading up to the deal were flawed under its former government.

Now Japan once again finds itself being asked to squarely face history, rather than buy its way out of trouble and purchase forward-thinking ties.

Soldiers from the Imperial Japanese Army during World War II, under the leadership of Emperor Hirohito, coerced and kidnapped thousands of girls and women and forced them to work as sex slaves, servicing Japanese soldiers at military brothels.

Euphemistically, these sex slaves have come to be known collectively as the "comfort women."

Many of these women, with some renowned scholars putting the figure at 400,000, came from the Korean Peninsula, as well as from other parts of Asia, including China.

Seoul believes that the "comfort women" issue has not been settled as the will of the surviving victims has not been reflected. Tokyo maintains that bilateral ties cannot continue if a promise made between countries can be scrapped by a change of government.

Moon referred to Emperor Akihito as "the son of the main culprit of war crimes," owing to the fact that Akihito's father was Hirohito, who was in power before and during World War II and along with some other members of the Imperial family, were not tried for war crimes.

Asked how Japan can mend its long-running dispute over wartime matters with South Korea, Moon was quoted as saying, "If a person like Emperor Akihito holds the hands of the elderly former comfort women and says he's really sorry, then that one word will resolve matters once and for all."

While anger over the remarks have been fueled in Japan, Moon further underscored his stance, stating that an apology was necessary from "a leader in a responsible position in Japan," as reported by local media.

Moon has also stated that previous apologies over the issue made by Tokyo have lacked sincerity.

While neutral experts on the matter have recognized the fact that Moon's request may seem like a simple one and such a gesture by Emperor Akihito could go a long way towards healing the devastating historical wounds caused by Japan's brutal wartime militarism, counter arguments suggest that the Imperial Japan of the past and modern-day Japan are world's apart, as are the father-and-son Emperors.

It remains to be seen if and how the matter will be settled and for the time being the two sides seem at an impasse, with Moon refusing to retract or apologize for his remarks and the Japanese government lodging multiple protests over Moon's remarks with Seoul.

Meanwhile, an Air Force incident in which Japan said a South Korean warship directed fire-control radar at a Japanese Maritime Self-Defense Force P-1 patrol aircraft off the coast of Ishikawa Prefecture in December, has also fueled the flames of discontent between the two countries.

Additionally, a South Korean top court ordering Japanese companies to pay compensation for forced wartime labor during its brutal occupation of the Korean Peninsula has also added to bilateral disharmony of late.

For ties to be improved political analysts said that the issues that need to be traversed are manifold and hence both sides would do well to tread with caution.

Regarding the "comfort women" issue alone however, notable Japan-based scholars, historians and experts on geopolitics have maintained that history does not exist in a vacuum and has a bearing on a nation's ideology and future course.

With Japan actively expanding its military footprint with an aim to rewrite a key pacifist clause of its Constitution, it may seem reasonable that some neighboring countries have become rattled of late.

As experts here attest, as Japan looks forward to its own future, so must it always look squarely back on its past misdeeds and take heed of the current opinions of the countries yet to recover from the deep wartime wounds inflicted on them by Japan.