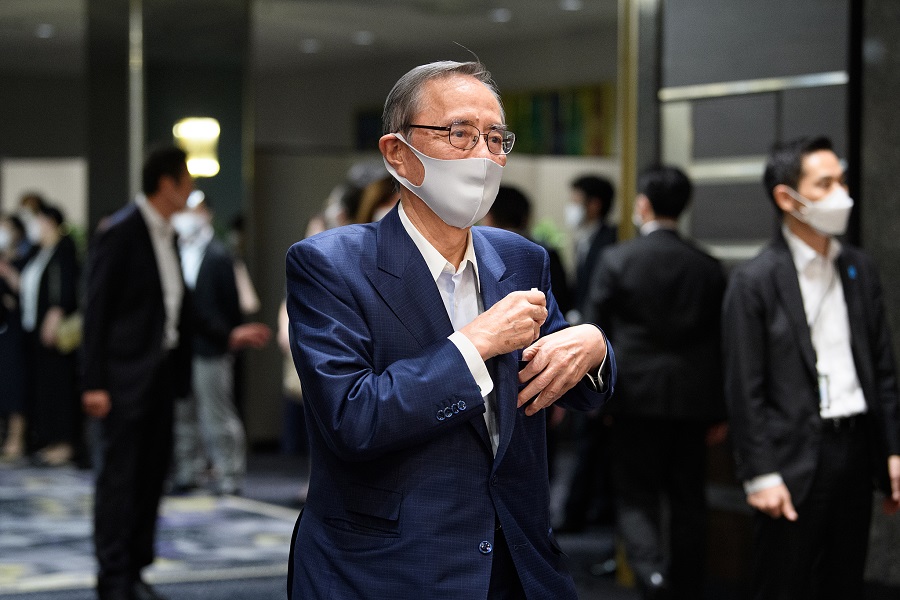 TOKYO, Sept. 29 (Xinhua) -- The chief of Japan's lower house of parliament came under fire Thursday for admitting he had links to the controversial Unification Church religious organization.

Hiroyuki Hosoda, a veteran ruling Liberal Democratic Party (LDP) lawmaker and speaker of the House of Representatives, admitted in a statement that he had given two speeches and appeared in two meetings held by the Unification Church or related groups.

In the statement, Hosoda said he attended such gatherings on four occasions in 2018 and 2019 and that he was interviewed by a related group in 2019, Japan's public broadcaster NHK reported.

Hosoda also said a group with connections to the Unification Church had offered to support him in his previous election campaigns. The group is based in his constituency in Shimane Prefecture, western Japan.

His admission drew flak from opposition parties, with Kazuo Shii, head of the Japanese Communist Party, lambasting Hosoda and calling on him to step down as speaker of the lower house if he could not explain his links to the church, often referred to as a cult, in parliament.

"If he cannot do that, he should immediately step down as lower house speaker," Shii was quoted as telling reporters.

The ruling LDP, headed by Prime Minister Fumio Kishida, is already under pressure to explain its connections to the church, known for coercing massive amounts of money from its followers in return for "spiritual" or "karmic" benefits, following the party's promise to sever ties to the group.

Earlier this month, an internal probe by the LDP revealed about half of the LDP's lawmakers had ties with the controversial organization, formally known as the Family Federation for World Peace and Unification.

Kishida is now expected to be cross-examined by opposition parties over the matter in an extraordinary parliamentary session convened for Monday, amid waning public support for the LDP, according to recent polls.

The latest revelation of links between the LDP and the Unification Church come amid mounting concerns by opposition parties and the public that the dubious religious organization has been seeking to influence politics in Japan by deepening its ties with the LDP.