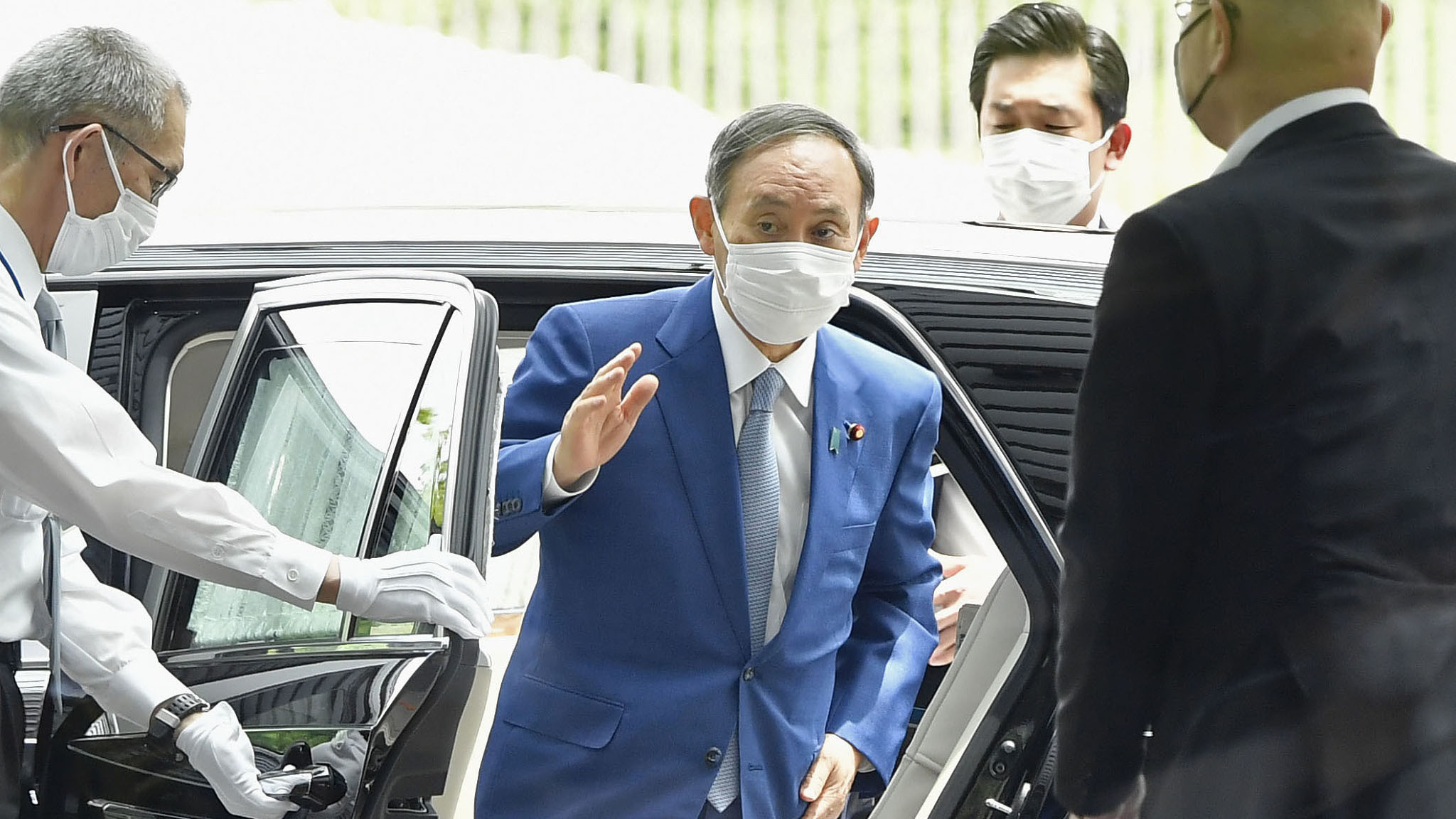 The motion, jointly filed by the main opposition Constitutional Democratic Party of Japan (CDPJ) and three other opposition parties, came after the ruling coalition rejected their request for a three-month extension to the current Diet session that was scheduled to end on Wednesday.

The request for the extension came as the CDPJ and other opposition parties have been critical of the government's response to the COVID-19 pandemic, believing that its efforts to curb the spread of the virus have been inadequate, particularly the slow pace of its vaccination campaign.

They have also taken issue with Suga's pledge that holding the Olympics this summer in Tokyo from July 23 will be "safe and secure" since the pandemic has yet to be brought under control.

The parties believe more time is needed in parliament to debate these highly pressing topics. CDPJ leader Yukio Edano has accused Suga of being an unfit leader for not allowing the current parliament session to be extended during a national crisis.

Edano lambasted the Japanese leader for "stopping the highest institution of the state from functioning for an extended period during the worst crisis since the end of the (Second World) War."

"On that point alone, he is unfit to be a leader during an emergency," Edano said before the vote on the no-confidence motion in a lower house plenary session Tuesday afternoon.

With the three other parties - the Japanese Communist Party, the Democratic Party for the People and the Social Democratic Party - jointly filing the motion, the opposition camp is also concerned the capital is currently under the third COVID-19 state of emergency, along with nine other prefectures, due to the spread of the virus and its highly contagious variants, as the entire nation continues to grapple with the fourth wave of infections.

Suga has said that bringing the COVID-19 situation under control remained his top priority but he could dissolve the lower house of parliament and call a snap election at any time.
The general election must be held before the current four-year term of lower house members ends on October 21.
Ruling Liberal Democratic Party (LDP) Secretary General Toshihiro Nikai said, however, he did not think Suga would dissolve the lower house and call a snap election during the current parliamentary session.
"We need to stay on our guard and make sure the remaining bills are enacted," Suga said in a meeting between the government and the ruling coalition.
The request for the parliamentary session to be extended was initially made by the CDPJ's head of Diet affairs Jun Azumi to his LDP counterpart Hiroshi Moriyama during a meeting on Friday.
As for the upcoming general election, Azumi told reporters, "The opposition won't be constrained or threatened and stands ready to fight in the event of a general election."

The last time a no-confidence vote was submitted to Japan's lower house was in June 2019, when one was filed against Prime Minister Shinzo Abe's Cabinet.