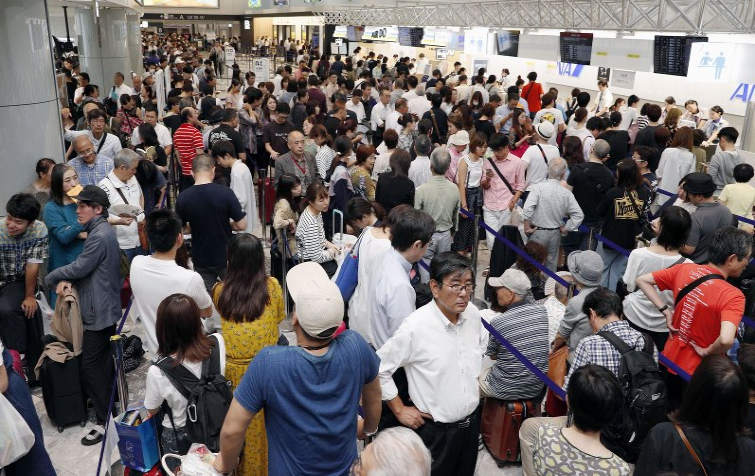 In this Sept. 7, 2018 photo, passengers line up at check-in counters at New Chitose Airport in Hokkaido, after the airport resumed operations a day after a major earthquake struck the northernmost main island of Japan

According to Japan's transport ministry, about 90 international flights were scheduled to depart from and arrive at the airport near Sapporo during the day.

As of Saturday morning, a total of 18 people have been confirmed dead, two others in state of cardiopulmonary arrest, and some 22 people remain missing.

New Chitose Airport, the main gateway to Hokkaido, was closed throughout Thursday due to damages from the quake as well as a power outage that affected the whole prefecture.

The airport restarted services for domestic flights on Friday, though many passengers were unable to book seats on flights out of Hokkaido due to the masses of people waiting to leave.