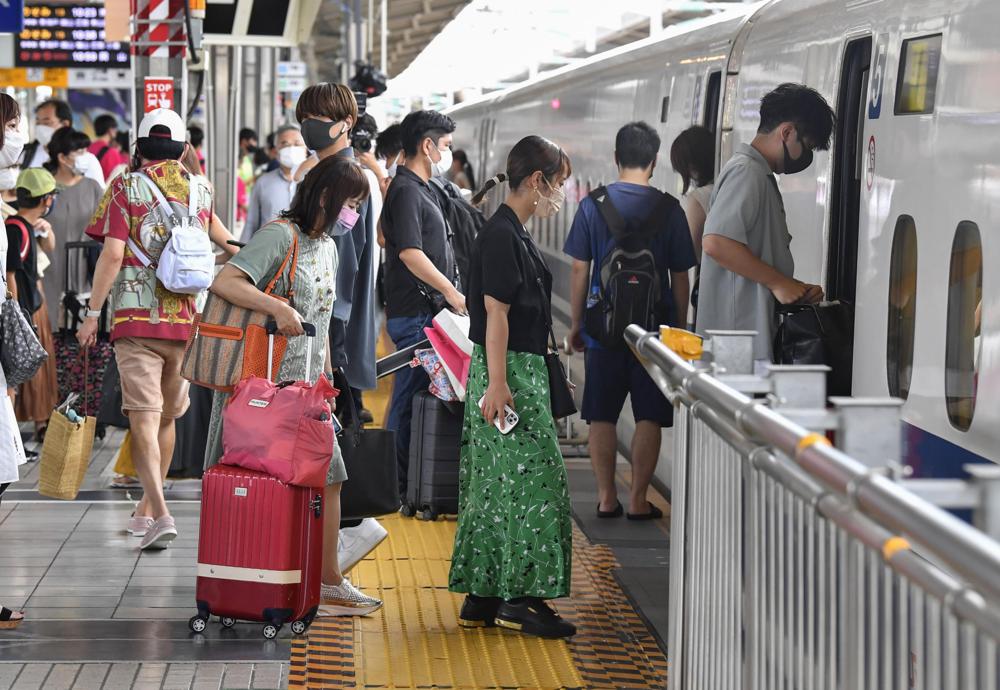 The figure marked a fresh high for the second consecutive day, according to the ministry.

The country's number of daily COVID-19 infections surpassed 20,000 for the second straight day on Saturday.

In Tokyo, daily COVID-19 cases amounted to 5,094 on Saturday, following a record of 5,773 new infections the previous day, according to the metropolitan government.

The capital city's seven-day rolling average of infections has increased to 4,231.1 per day, up 8.7 percent compared to the previous week.

Twelve out of the nation's 47 prefectures marked record daily infections, including 2,356 in Kanagawa and 1,828 in Osaka.

The rapid increase in infection cases because of the highly contagious Delta variant has sparked concern about a possible collapse of the country's medical system with patients occupying hospital beds in many prefectures.

As the rapid spread of COVID-19 shows no signs of abating, Japanese Prime Minister Yoshihide Suga plans to hold meetings with relevant ministers next week to discuss expanding the state of emergency beyond Tokyo and the other prefectures currently under the emergency state.