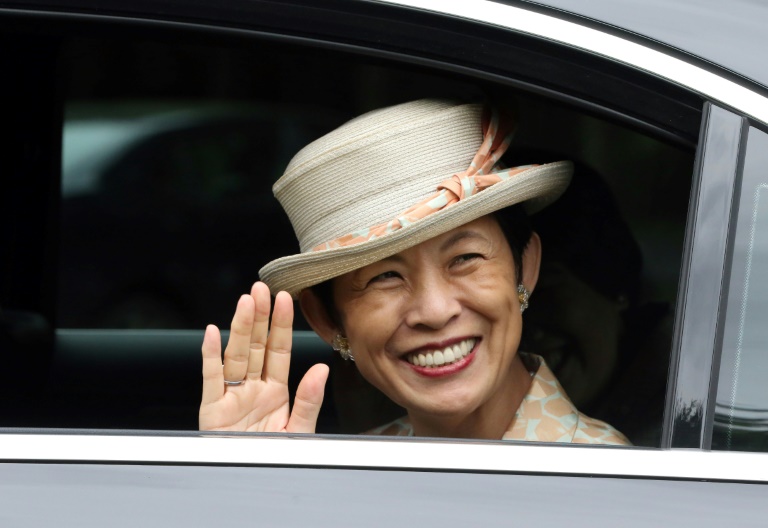 Princess Takamado of Japan, pictured here in Dublin, is a keen football supporter who has travelled to every World Cup to support Japan since 1998 (Photo: AFP)

Princess Takamado of Japan on Tuesday watched her country play Colombia in the World Cup in the small Russian city of Saransk, becoming the first member of Japan's royal family to visit the country since 1916, Russian state media reported.

State television showed images of the Japanese royal, a keen football supporter who has travelled to every World Cup to support Japan since 1998, in the host city of Saransk for the game on Tuesday afternoon.

The Japanese Embassy in Moscow told AFP Princess Takamado would also travel to Yekaterinburg where Japan will play Senegal on Sunday and where she will take part in a seminar on traditional "Kyudo" archery.

Ties between Japan and Russia have been strained for decades over four islands occupied by the Soviet Union in the closing days of World War II but that are claimed by Tokyo.

They are known in Japan as the Northern Territories and in Russia as the Southern Kurils.

Princess Takamado is the 64-year-old widow of the cousin of Japan's Emperor Akihito, who shocked the country in 2016 when he signalled his desire to end his public duties, citing his age and health problems.

Akihito, now 84, will be the first emperor to retire in more than two centuries in a royal family that traces its lineage back more than 2,600 years. He will step down in 2019.