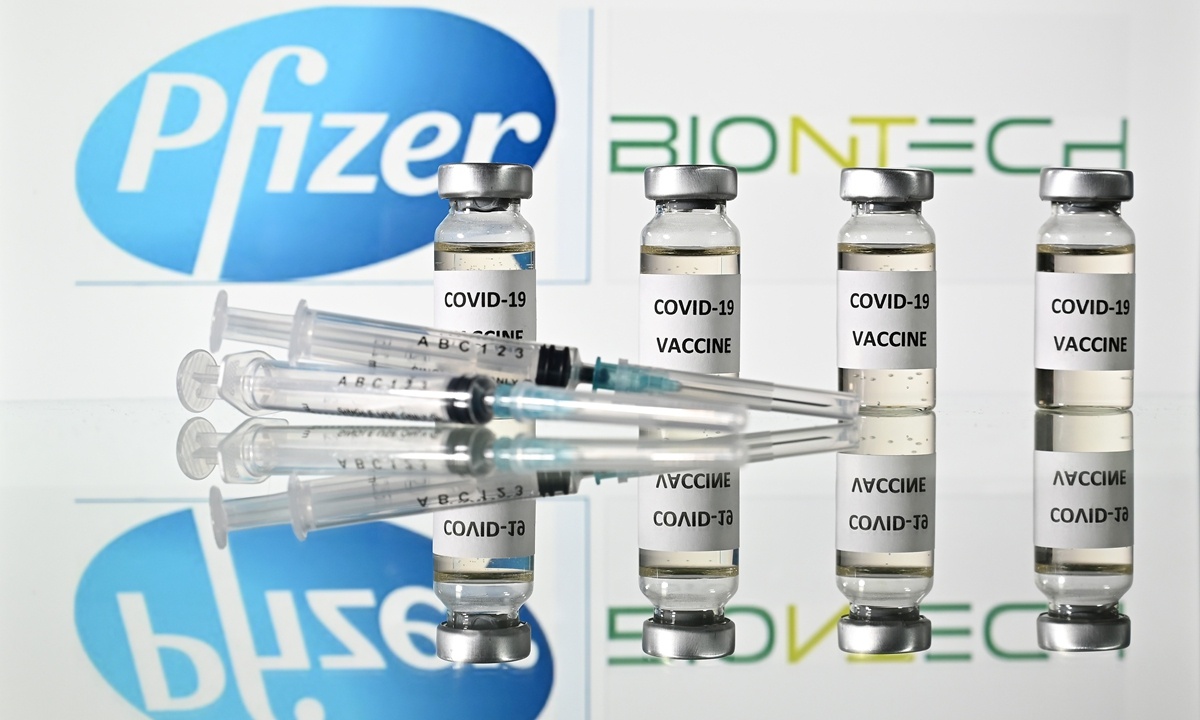 An illustration shows vials of a COVID-19 vaccine and syringes with the logos of US pharmaceutical company Pfizer and German partner BioNTech, released on Tuesday. (Photo: AFP)

Japan will give free coronavirus vaccines to all of its residents under a bill passed Wednesday, as the nation battles record numbers of daily cases.

The bill, which says the government will cover all vaccine costs for Japan's 126 million residents, was approved by the upper house of parliament, having cleared the powerful lower house.

It has also confirmed it will receive 120 million doses of AstraZeneca's vaccine.

Pfizer and Moderna are already seeking emergency-use approval in the US and Europe, after clinical tests showed their jabs were effective.

The bill's passage comes two weeks after Japan's prime minister said the country was on "maximum alert" over the virus, and as medics warn hospitals are on the brink of collapse.

Japan has seen a comparatively small COVID-19 outbreak overall, with around 2,100 deaths and 150,000 cases, and has not imposed the strict lockdowns seen elsewhere.

But it is now facing a third wave of the disease, reporting record numbers of daily infections recently.

Tokyo's governor has urged residents to avoid nonessential outings and asked businesses serving alcohol to shut early, although there is no enforcement mechanism for these recommendations.

The national government has also decided to allow individual regions to opt out of a controversial domestic tourism campaign.