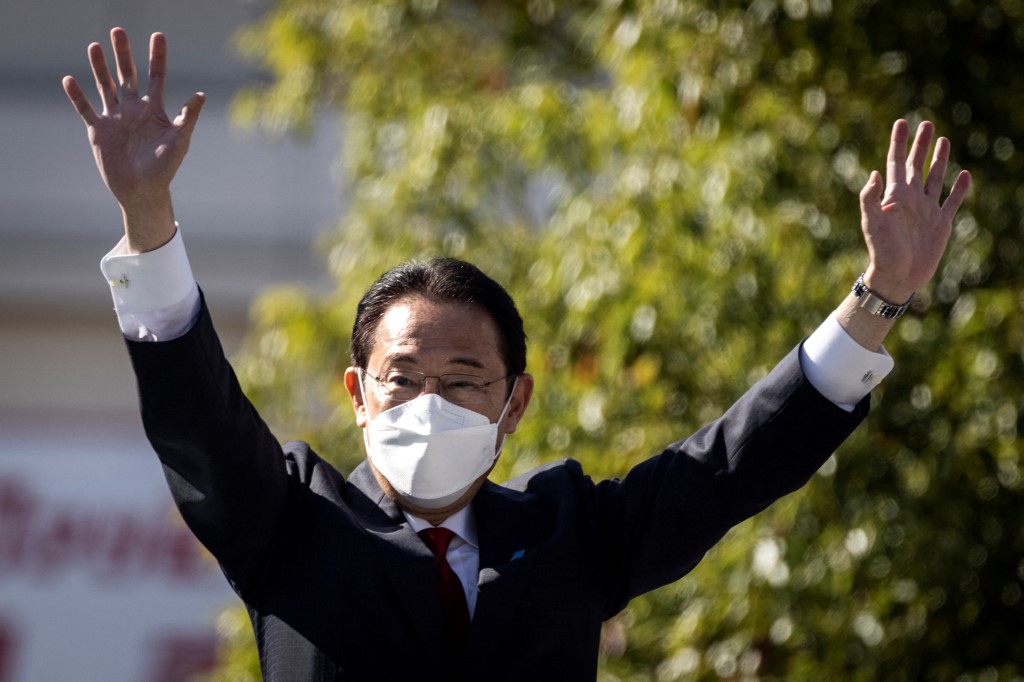 Japan's Prime Minister and leader of Liberal Democratic Party (LDP) Fumio Kishida waves during an election campaign in Saitama on October 30, 2021, a day before the general elections. (Photo: AFP)

The ruling bloc appears to have retained its majority in the more powerful House of Representatives, securing at least 233 of the 465 seats against opposition parties that had called for the support of voters dissatisfied with the government's COVID-19 response and income disparities.

According to the exit polls, the LDP would have lost many of the 276 seats it held prior to the election, but Japanese Prime Minister Fumio Kishida has said he will claim victory if the LDP-Komeito coalition retains a majority in the lower house.

Voting of the country's general election finished Sunday evening with polling stations closed nationwide at 8:00 p.m. local time (1100 GMT), and ballots counting is expected to last late into the night.

The final results depend on the constituencies where ruling coalition candidates were tightly challenged by those from opposition parties that have formed a coalition in a bid to take the reins of government.

This is the first major test for Kishida since he took office on Oct. 4. The new prime minister has pledged to stimulate economic growth while redistributing more economic benefits to the middle class under his vision of "new capitalism."

Under his vision, the government plans to secure more hospital beds for COVID-19 patients as a preparation for a possible sixth wave of infections.

Prime Minister Kishida has said the government will propose a stimulus package within the year to support people and businesses hit hard by the pandemic.

The Constitutional Democratic Party of Japan and other opposition parties have claimed that the government has failed its task of COVID-19 response and that the Abenomics policy upheld by the ruling LDP widened the country's wealth gap as the policy only promoted corporate earnings and share prices but failed to achieve higher wages.

The opposition parties have called for lowering the consumption tax to take off some pressure on low- and middle-class households, allowing married couples to take different surnames and recognize same-sex marriage.