TOKYO - The fire that destroyed Shuri Castle, a UNESCO World Heritage site in Japan's southernmost prefecture of Okinawa, is likely to have started from the main hall, police investigators said Sunday. 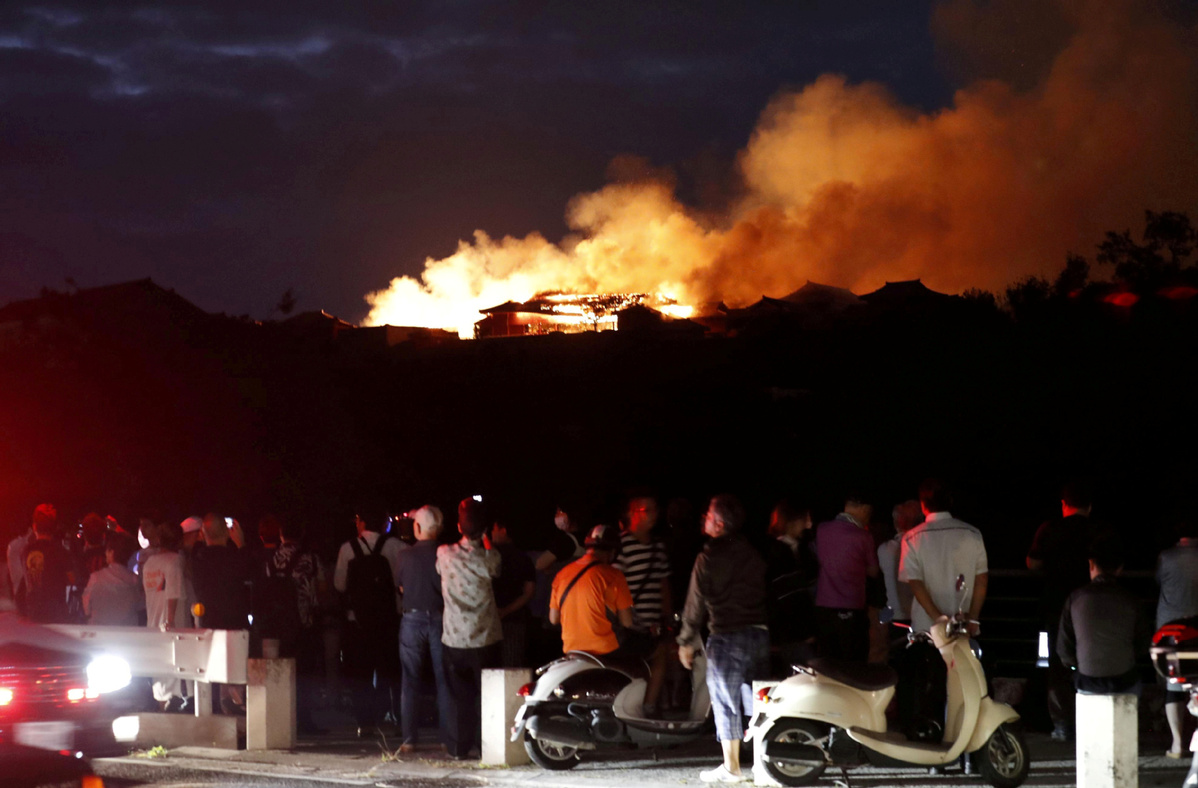 Shuri Castle, listed as a World Heritage site, goes up in flames, in Naha on the southern island of Okinawa, Japan Oct 31, 2019, in this photo taken by Kyodo. (Photo: Agencies)

The fire started shortly before 2:40 am local time last Thursday at the historical castle in Naha, the prefectural capital of Okinawa. It engulfed seven wooden buildings, covering a total of more than 4,000 square meters, before it was extinguished around 1:30 pm local time on Thursday.

Police personnel and members of the fire department began an on-site investigation from Friday. The focus of their investigation is on the main hall where police suspect the blaze started to determine what caused the fire and how it spread.

Investigators told public broadcaster NHK on Sunday that one of the guards who responded to the security alarm witnessed heavy smoke billowing out of windows on the first floor of the main hall. Meanwhile, the investigators said they found a burned electrical panel on the floor and are looking into whether the device was the cause of the fire.

The castle, listed as Japan's 11th UNESCO World Heritage site in December 2000, is a major tourist spot in the southern island prefecture.

As a symbol of the Ryukyu Kingdom that ruled most of the Ryukyu Islands from the 15th to 19th century, with kings during the era unifying Okinawa, the castle was built some 500 years ago and designated a national treasure in 1933.

Remnants of the original castle have also been inscribed on the World Heritage list.

The castle, however, was rebuilt after previously being burnt to the ground during World War II and its main hall underwent restoration in 1992.