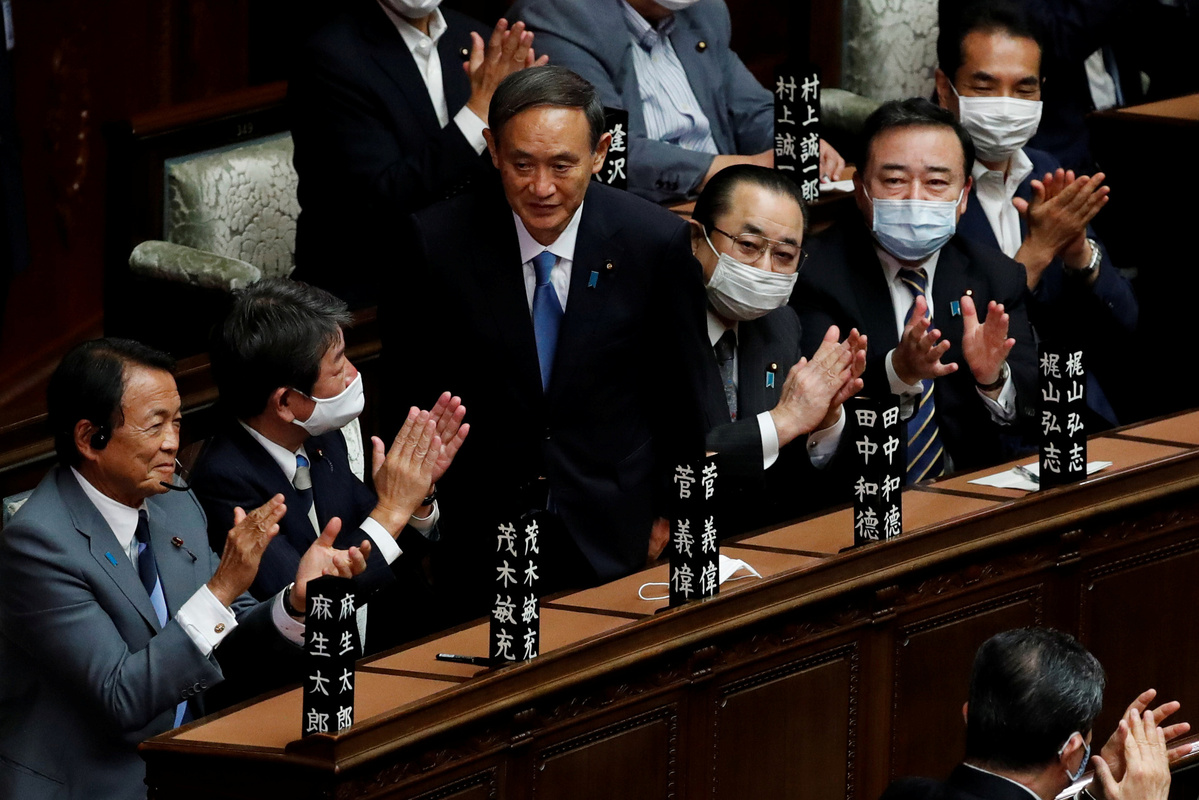 Japan's newly-elected Prime Minister Yoshihide Suga stands as he was chosen as new prime minister at the Lower House of Parliament in Tokyo, Japan, Sept 16, 2020. [Photo/Agencies]

Suga was elected by both chambers of parliament, winning 314 votes in the 465-member lower house and 142 votes in the 245-member upper house.

The new prime minister is expected to form a cabinet filled with ministers who served under Abe.

Suga has vowed to push forward with Abe's policies such as "Abenomics," a mix of measures including monetary easing and fiscal stimulus aimed at easing deflation and stimulating growth in the Japanese economy.