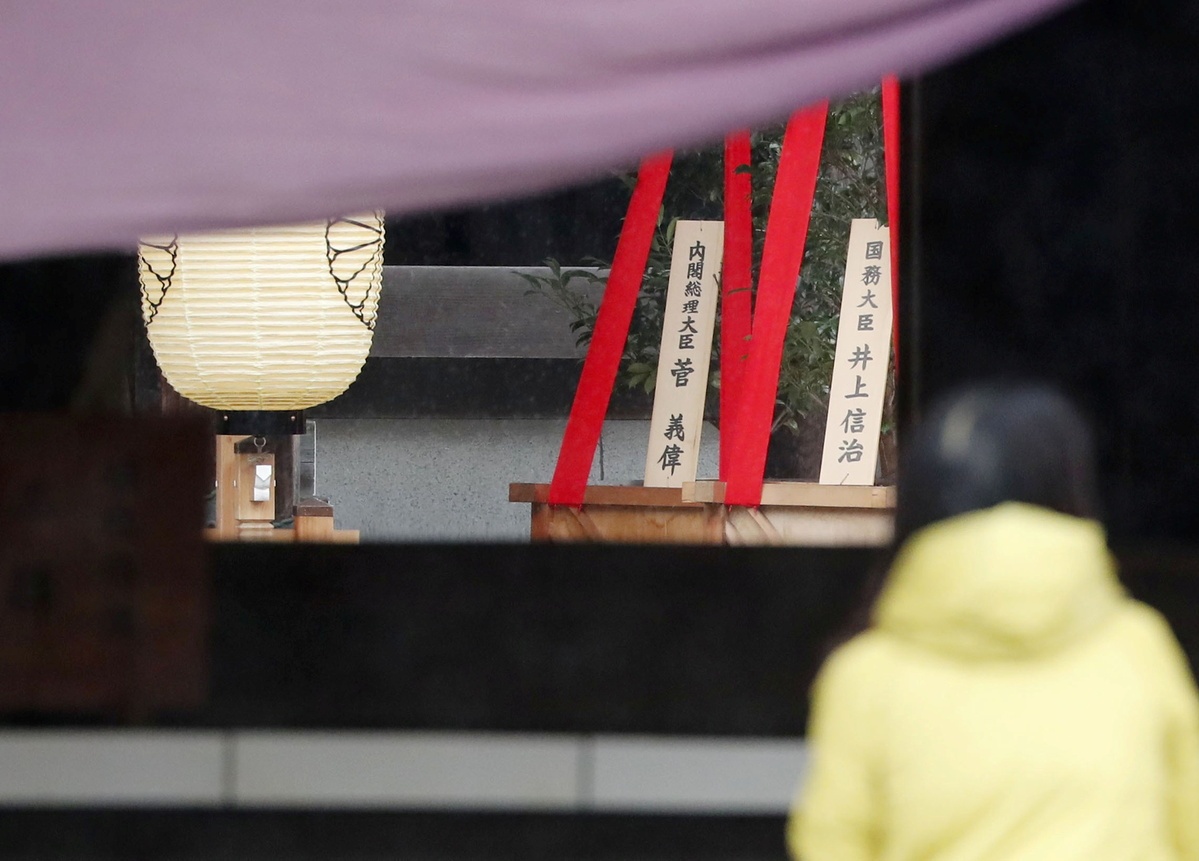 A wooden plaque showing the name of Japan's Prime Minister Yoshihide Suga is seen with a "masakaki" tree that Suga sent as a ritual offering for the war dead at Yasukuni Shrine in Tokyo, Japan, Oct 17, 2020. [Photo/Xinhua]

The "masakaki" tree offering by Suga comes on the first day of the shrine's two-day autumn festival and was made in the name of the prime minister, as did his predecessor Shinzo Abe in recent years.

The Japanese leader, however, did not visit the controversial shrine in person.

The Shinto shrine, seen by neighboring countries as a symbol of Japan's past militarism, has long-been a source of diplomatic friction between Japan and its neighbors as it honors convicted war criminals together with the war dead.

Visits and ritual offerings made in person or by proxy to the infamous shrine by Japanese leaders and officials have consistently sparked strong criticism and hurt the feelings of people of China, South Korea and other countries brutalized by Japan during WWII.