WORLD Japan's Suga to decide on state of emergency declaration over COVID-19 on Jan. 7

Japan's Suga to decide on state of emergency declaration over COVID-19 on Jan. 7 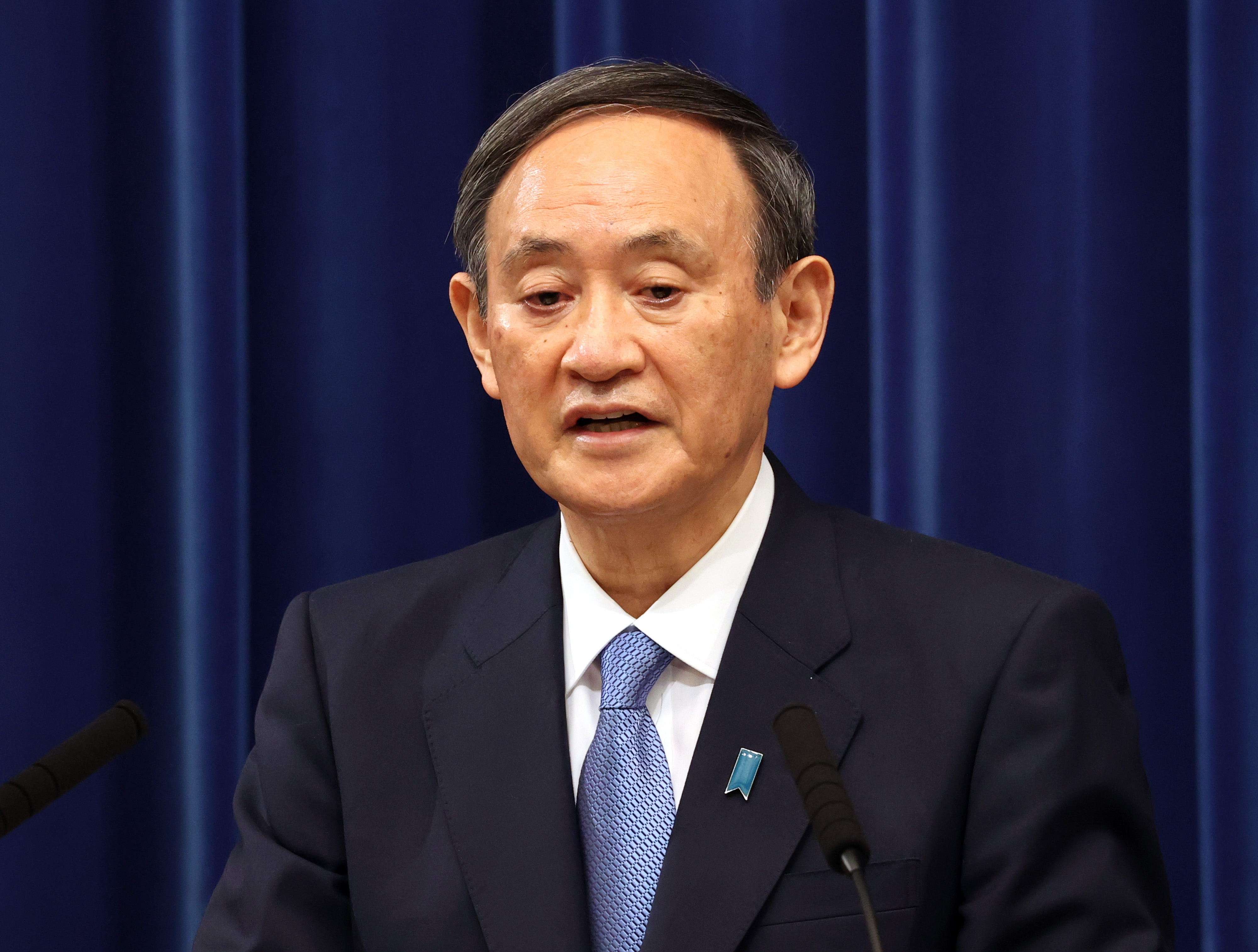 Japan's Prime Minister Yoshihide Suga speaks during a press conference at his official residence in Tokyo on January 4, 2021. (Photo: AFP)

TOKYO, Jan. 5 (Xinhua) -- Japanese Prime Minister Yoshihide Suga said on Tuesday that a decision on whether to declare another state of emergency in Tokyo and three neighboring prefectures due to a resurgence of COVID-19 infections in these areas will be made on Thursday.

"What the people want from the government and the ruling party is a sense of security and hope. We will put the coronavirus response first and work hard at it," Suga said at an executive meeting of the ruling Liberal Democratic Party (LDP) on Tuesday.

Government officials said that the emergency declaration is expected to take place from Thursday or Friday and is likely to be kept in place for roughly one month for Tokyo, Chiba, Saitama and Kanagawa prefectures.

Tokyo accounts for the most infections among all of Japan's 47 prefectures and the greater Tokyo area and its three surrounding prefectures comprise around 50 percent of the about 3,000 new daily cases reported on average of late.

Prime Minister Suga told a press conference the previous day that the state of emergency should be implemented "in a very limited and focused manner," suggesting that social restrictions will not be applicable to the entire nation.

A state of emergency had been declared in Tokyo and six other prefectures on April 7 last year. It was later expanded to cover the whole country.

The prime minister said he would be looking to the health experts to "set a direction" regarding the emergency declaration.

Having rolled out a near complete blanket ban on entries to Japan in late December 2020, with new visa applications being halted, the government may also suspend the entry of business people and students from some countries that have been given eased restrictions.

This is in a bid to ensure no more cases of the new, highly transmissible virus variant enter the country, sources familiar with the matter said.

The education ministry, meanwhile, said COVID-19 transmission through schools has been limited and there have been a low number of cases that have seen children develop severe health symptoms as a result of the virus.

Education Minister Koichi Hagiuda told a press conference that schools need not be closed down unless social activities would be restricted.

"A uniform school closure in any region should be implemented only where entire social activities need to be restricted," said Hagiuda.

Hagiuda also said January's university entrance exams, which have seen more than 530,000 people apply to sit, will go ahead as planned with strict anti-virus measures being taken at testing venues.