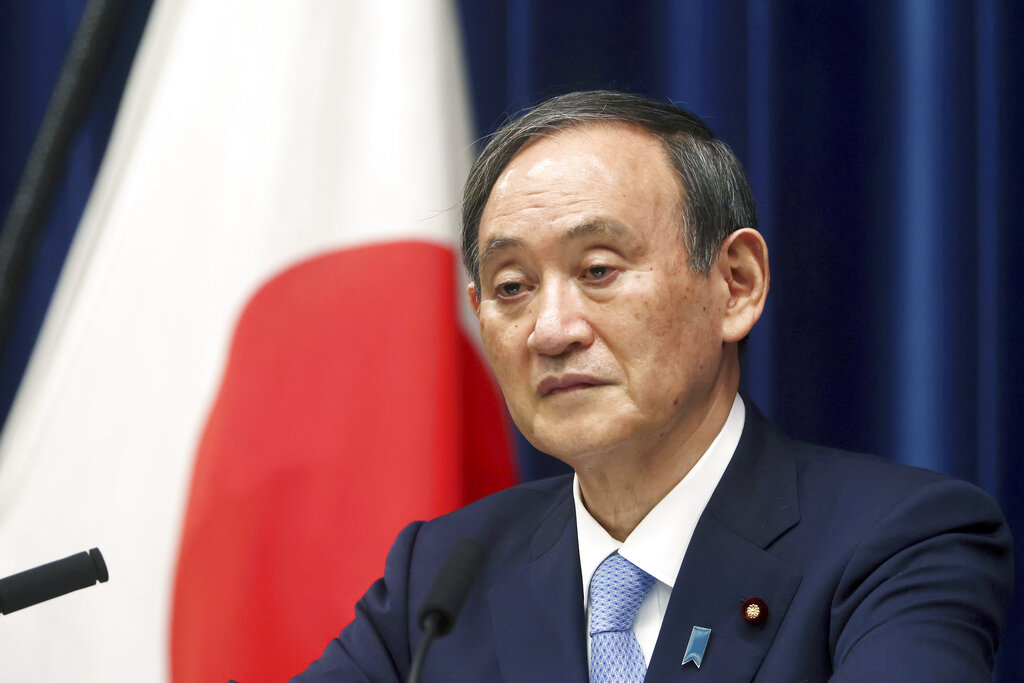 The motion was filed after the ruling coalition turned down the opposition camp's request for the end of the current parliamentary session to be pushed back by three months to allow for more debate on matters related to COVID-19 and the Tokyo Olympics.

The request for the extension came as the CDPJ and other opposition parties have been critical of the government's response to the COVID-19 pandemic, believing that its efforts to curb the spread of the virus have been inadequate, particularly the slow pace of its vaccination campaign.

They have also taken issue with Suga's pledge that holding the Olympics this summer in Tokyo from July 23 will be "safe and secure" as the COVID-19 pandemic has yet to be brought under control.

Including the three other parties jointly filing the motion, the Japanese Communist Party, the Democratic Party for the People and the Social Democratic Party, the opposition camp are also concerned the capital is currently under a third COVID-19 state of emergency, along with nine other prefectures, as the entire nation continues to grapple with a fourth wave of infections.

The Liberal Democratic Party (LDP) and its junior partner Komeito are set to reject the motion in a lower house plenary plenary session in the afternoon, however, government sources have been reported as saying.

Suga has maintained that bringing the COVID-19 situation under control is his top priority but has said that he could dissolve the lower house of parliament and call a snap election at any time.

The general election must be held before the current four-year term of lower house members ends on Oct. 21.

The request for the parliamentary session was initially made by the CDPJ's head of Diet affairs Jun Azumi to his counterpart Hiroshi Moriyama in the ruling Liberal Democratic Party (LDP) during a meeting between the pair on Friday.

As for the upcoming general election, Azumi told reporters, "The opposition won't be constrained or threatened and stands ready to fight in the event of a general election."