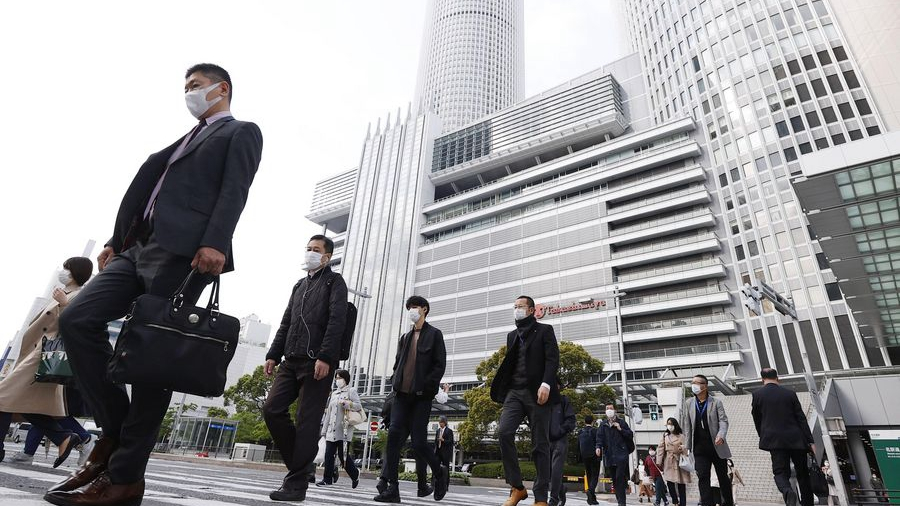 TOKYO, Nov. 6 (Xinhua) -- Japanese Prime Minister Yoshihide Suga on Friday urged the nation to be extremely cautious amid signs of a resurgence of the novel coronavirus as cooler temperatures are seeing more people staying indoors.

"We have to watch the situation with a stronger sense of caution than before," Suga said in a session of a Diet committee.

The Japanese leader's comments came on the heels of new daily infections in Japan topping the 1,000-mark for the first time since Aug. 21 the previous day, as Japan's health ministry said it had confirmed clusters of infections at more than 100 locations across Japan in the week through Monday.

This, the ministry said, was an increase of 60 percent, taking the total number of clusters to 103.

According to the ministry, the majority of clusters, at 29, were detected at company and government offices; 20 clusters meanwhile have been found at places serving food and drink.

Eighteen clusters have also been found at welfare facilities, the ministry said, adding that schools and medical facilities comprised the remainder of clusters detected.

The latest data from the ministry also revealed that clusters were confirmed at 341 sites across Japan between Oct. 5 and Nov. 2, which is the equivalent of 20 percent of the total number of clusters detected to date.

The clusters have not been confined to just urban areas either, experts said, with clusters of infections being detected in Japan's northernmost prefecture of Hokkaido as well as northeastern regions including Miyagi and Fukushima prefectures.

As the temperatures in these northern regions drop earlier than southern areas as winter rapidly approaches, more people are tending to stay indoors to keep warm, sometimes in premises or rooms that are not well ventilated.

Japan's cumulative total now stands at 106,221, not including those related to a cruise ship that was quarantined near Tokyo earlier in the year.