WORLD Japan's trade surplus with US shrinks further in October

Japan's trade surplus with US shrinks further in October 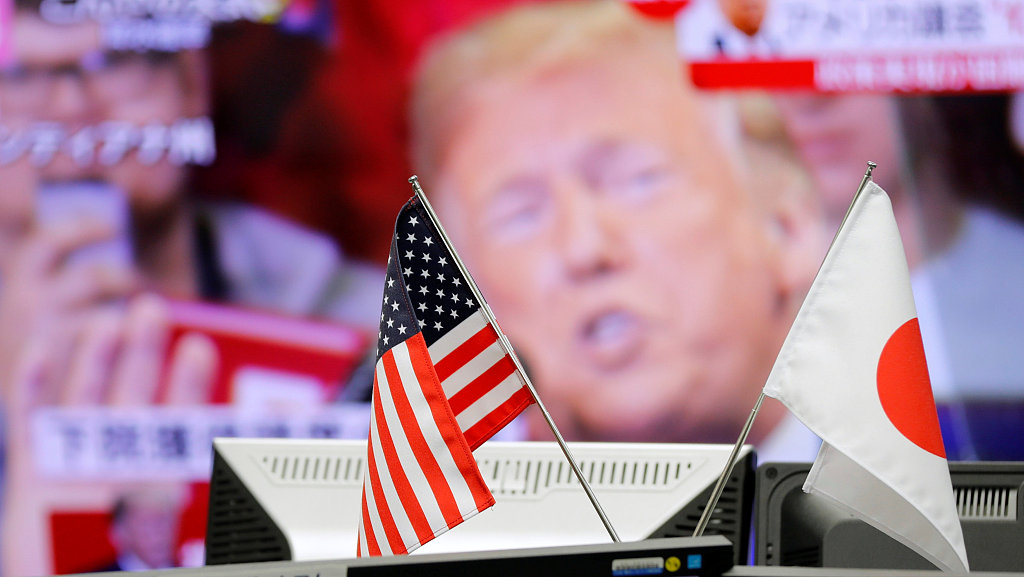 A TV monitor showing US President Donald Trump is seen behind national flags of the US and Japan at a foreign exchange trading company in Tokyo, Japan November 7, 2018. (File photo: VCG)

The figure also showed an overall global trade deficit, as increases in imports of crude oil and liquefied natural gas overwhelmed a rise in exports of cars and engines.

President Donald Trump has reportedly described Japan as his next target after China as he seeks to reduce the US trade deficit.

"The United States has had a trade imbalance with Japan for too long. American products and services too often face barriers to compete fairly in Japanese markets," he said, after talks with Japanese Prime Minister Shinzo Abe in Tokyo.

Japan has watched nervously as Trump's government has imposed tariffs on Chinese goods and criticised Beijing for its currency policy.

US and Japanese officials are expected to begin trade talks in January.