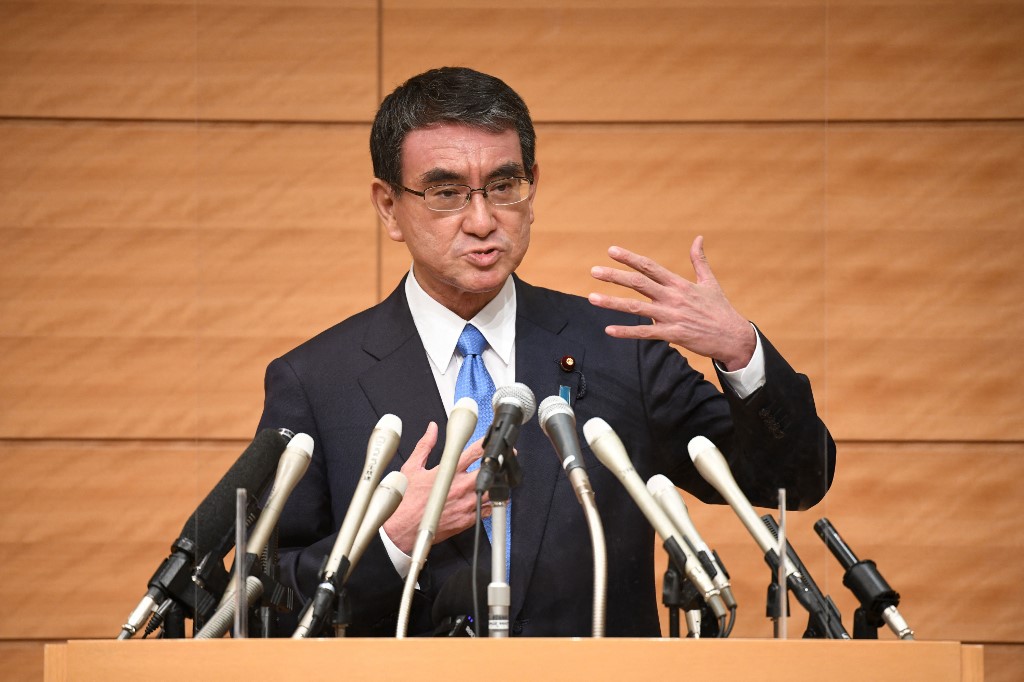 Japan's Taro Kono, who heads the country's vaccine rollout and is a former foreign and defence minister, announces his run for leadership of the ruling Liberal Democratic Party in Tokyo on September 10, 2021. (Photo: AFP)