Japan says curbs on exports to SKorea due to broken pledge

Prime Minister Shinzo Abe said Wednesday that Japan cannot give South Korean exports preferential treatment because the country is not abiding by an agreement regarding wartime issues that Japan insists have been resolved. 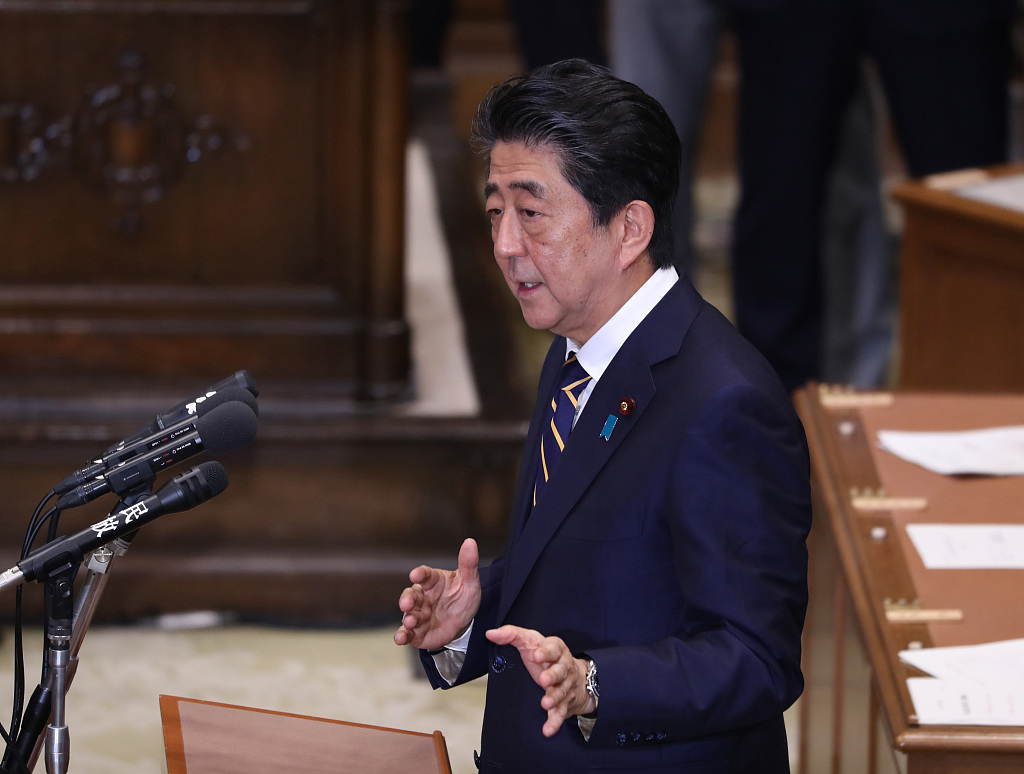 Abe was objecting to criticism over escalating tensions between the two neighbors amid disputes over Koreans forced to work as laborers during World War II.

He was defending a decision announced Monday to impose restrictions on Japan's exports of semiconductor-related materials to South Korea. As of Thursday, exports of some materials used in manufacturing computer parts, including fluorinated polyimides used for displays, must apply for approval for each contract.

"We did not intertwine historical issues with trade issues," Abe said. "The issue of former Korean laborers is not about a historical issue but about whether to keep the promise between countries under international law ... and what to do when the promise is broken."

Abe made the comment when asked about diplomacy during a party leaders' debate ahead of Tuesday's start of official campaigning for the July 21 Upper House elections.

Relations between the two main US allies in East Asia have rapidly soured since South Korea's top court in October ordered Nippon Steel & Sumitomo Metal Corp. to pay 100 million won ($88,000) each to four plaintiffs forced to work for the company during Japan's 1910-1945 colonization of the Korean Peninsula. South Korea's top court ordered the seizure of local assets of the company after it refused to pay the compensation. Mitsubishi Heavy Industries also has refused an order by South Korea's Supreme Court to financially compensate 10 Koreans for forced labor during Japan's colonial era.

Abe said each country bears a responsibility to carry out export controls for national security reasons. "Within that obligation, if another country fails to keep its promise, we cannot give it preferential treatment like before," he said.

Abe and other officials have offered conflicting explanations for the move, citing both a lack of trust and unspecified security concerns.

Japan is a major supplier of materials used to make the computer chips that run most devices, including Apple iPhones and laptop computers. Tokyo's decision is also expected to affect exports called "resists" that are used for making semiconductors, and hydrogen fluoride used for semiconductors, pharmaceuticals and polymers such as nylon and Teflon.