Japan reported 2,560 new COVID-19 cases on Saturday, renewing a record number of daily infections for a fourth consecutive day, according to the latest figures from the health ministry and local authorities. 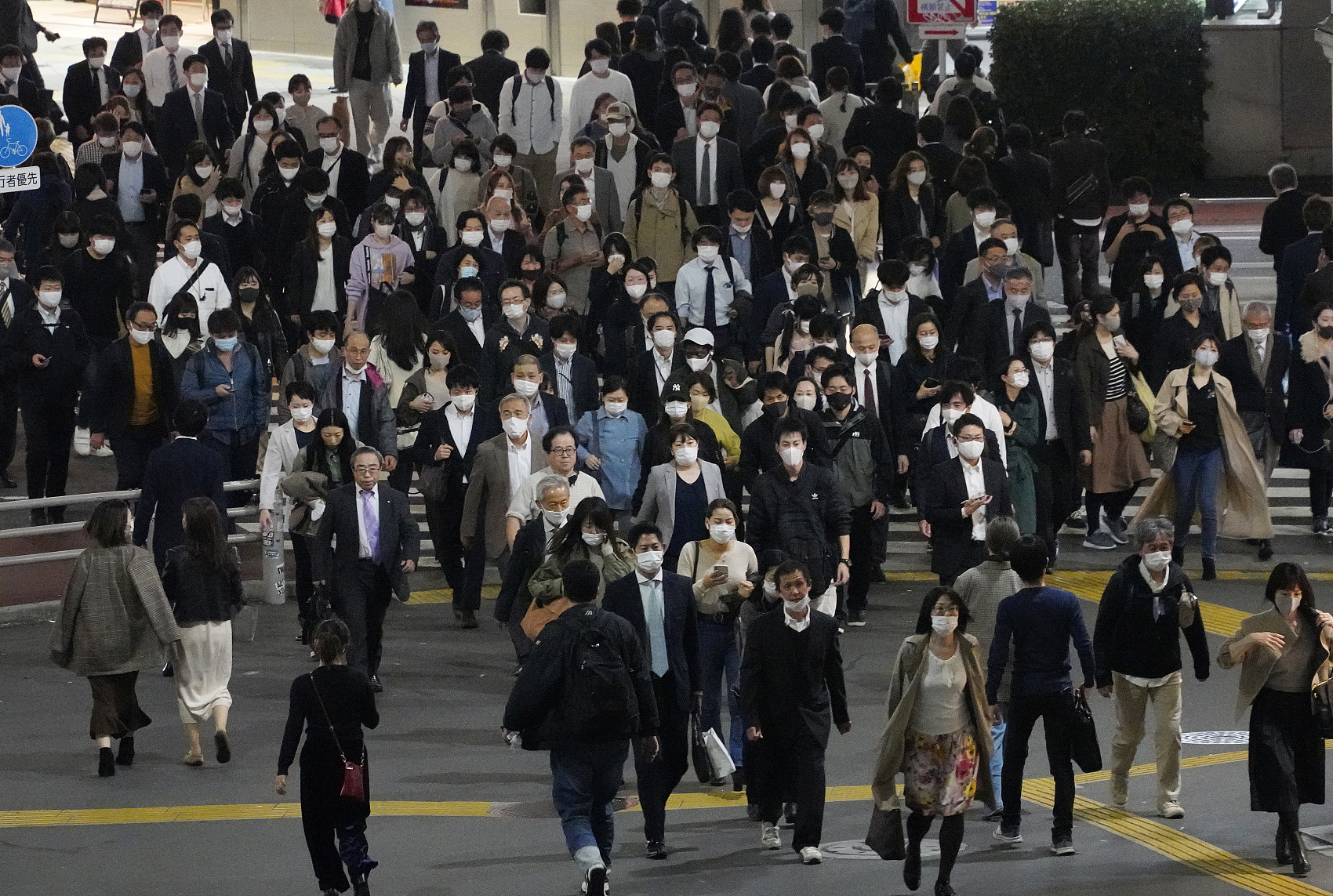 The latest rise in cases brought the nation's tally to 130,915, not including those connected to the Diamond Princess cruise ship that was quarantined near Tokyo earlier in the year.

In the capital of Tokyo, the epicenter of the country's outbreak, a record-high of 539 new COVID-19 cases were reported on Saturday, exceeding the previous record of 534 registered on Thursday, bringing the cumulative total to 37,317, the highest among the country's 47 prefectures.

Other urban areas also saw a spike in new cases, with Osaka Prefecture in western Japan hitting a record 415 on Saturday.

Across the country, the death toll from the pneumonia-causing virus currently stands at 1,987, with five new fatalities announced Saturday. The death toll includes 13 from the Diamond Princess cruise ship.

The health ministry also said there are currently 313 patients considered severely ill with ventilators or in intensive care units.

Japanese Prime Minister Yoshihide Suga said on Saturday that the government will suspend the domestic "Go To Travel" campaign in areas with a high number of COVID-19 cases. However, he stopped short of saying when and where the suspension will begin.