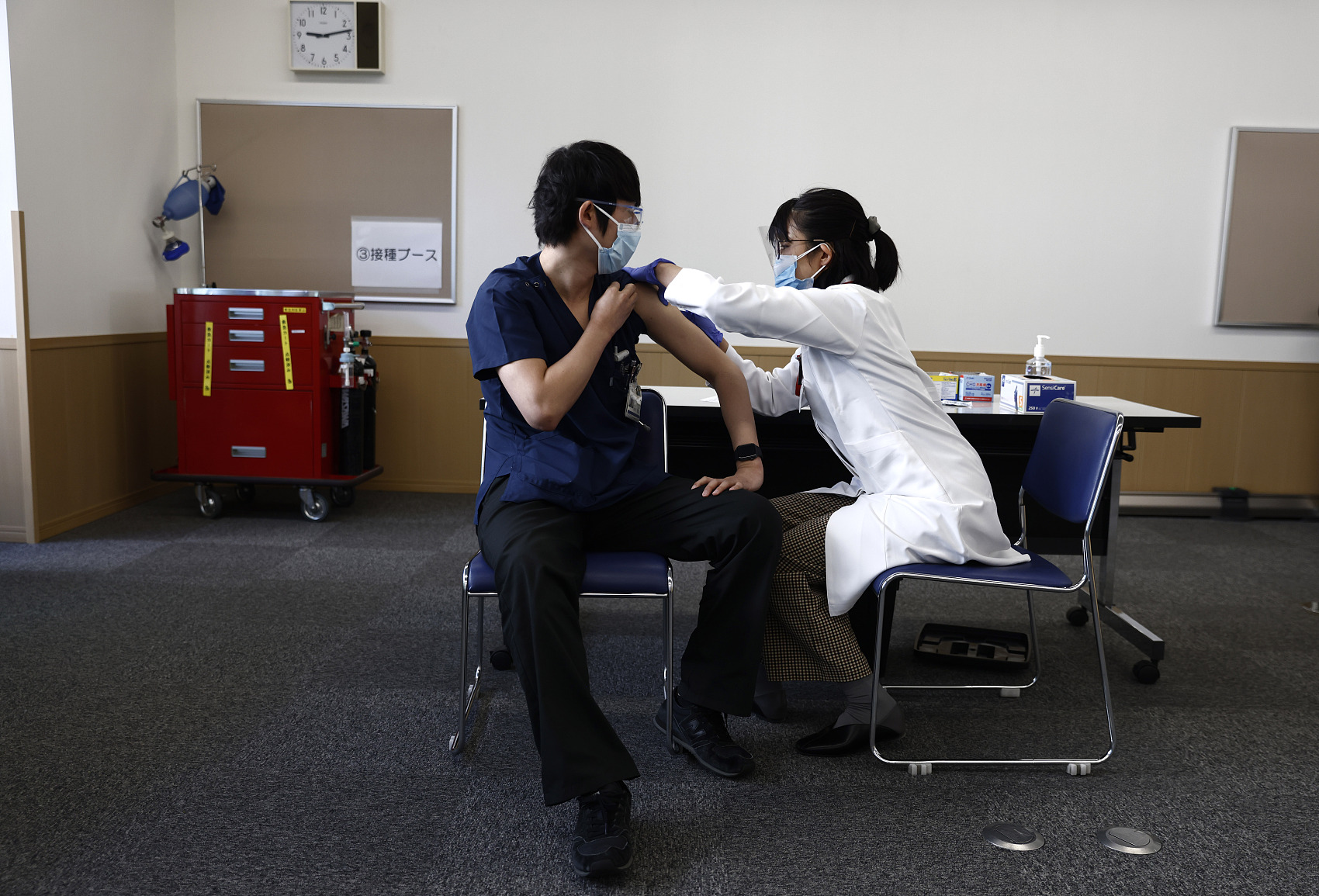 A medical worker receives a dose of the COVID-19 vaccine as the country launches its vaccination campaign at the Tokyo Medical Center in Tokyo on February 17, 2021. (Photo: CFP)

TOKYO, May 20 (Xinhua) -- A Japanese government panel of experts on Thursday approved two COVID-19 vaccines developed by U.S. drug maker Moderna Inc. and British-based AstraZeneca Plc, with the health ministry expected to formalize the approval of the use of the two vaccines on Friday.

The expected approval, based on the expert panel's assessment of Japan's own clinical trials of the vaccines as well as those from overseas and the efficacy of the vaccines against COVID-19, will bring the number of vaccines available in the country to three.

Japan's vaccine rollout has come under fire for lagging well behind the pace of rollouts in other advanced countries, with Japan's vaccination campaign the slowest among OECD countries and allowing its current fourth wave of infections to spread largely unabated, informed sources have said.

Japanese Prime Minister Yoshihide Suga has pledged to ramp up inoculations to 1 million shots a day and finish vaccinating the elderly by the end of July.

Japan began inoculating its elderly population of about 36 million in mid-April, but multiple municipalities have said they expect to miss the government's end-of-July deadline to finish inoculating the elderly, due to a lack of healthcare workers available to administer the shots.

Chief Cabinet Secretary Katsunobu Kato told a press conference, meanwhile, that a team to be launched within his Cabinet Secretariat will come up with ways to provide certification and permit people who have been vaccinated to travel overseas.