WORLD Japan set to extend virus emergency for Tokyo, other regions to June 20

Japan set to extend virus emergency for Tokyo, other regions to June 20

TOKYO, May 28 (Xinhua) -- The Japanese government on Friday will likely extend COVID-19 emergency measures in place for Tokyo and and eight other prefectures for another three weeks until June 20, local media reported. 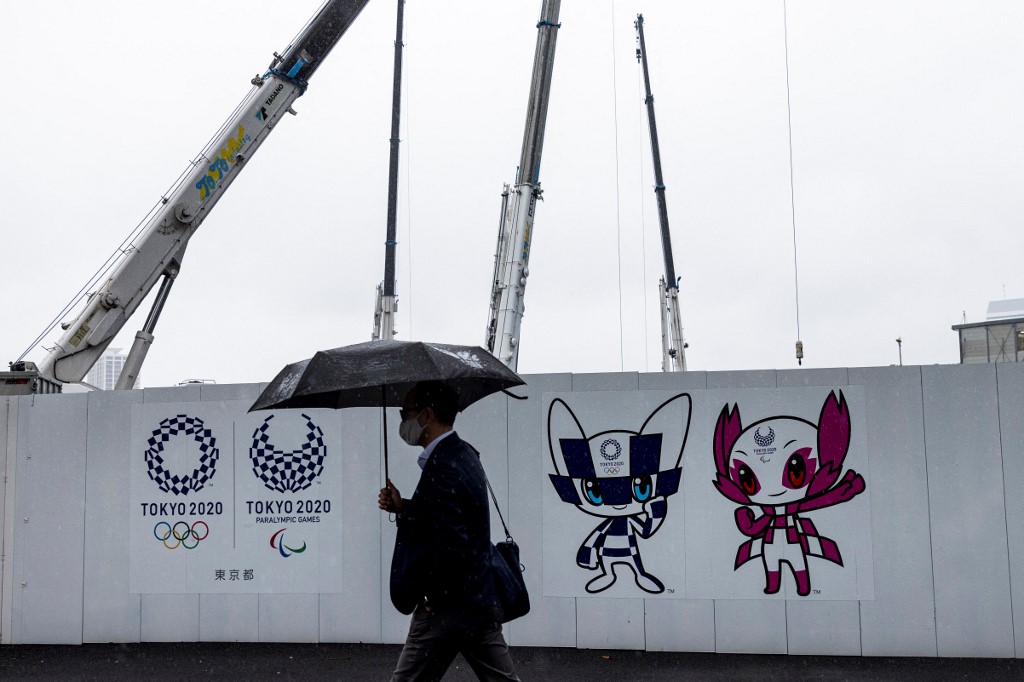 A pedestrian walks past a Tokyo 2020 Olympic and Paralympic Games decoration board bearing illustrations of Games logo and mascots in Tokyo on May 27, 2021. (File photo: AFP)

The state of emergency currently in place for the nine prefectures has seen restrictions imposed on restaurants and bars, requiring them to close at 8 p.m. and refrain from serving alcohol and people urged to work from home and refrain from crossing prefectural lines.

Large spectator events, meanwhile, have had the number of spectators capped at 5,000 people or 50 percent of the venue's capacity.

In Tokyo, movie theaters and department stores have also been requested to shutter operations.

Japan's southernmost prefecture of Okinawa, the last region to be put under a state of emergency, will see the deadline expire as per the initial measure on June 20.

After consulting a panel of experts and formalizing the decision at a task force meeting Friday evening, Japanese Prime Minister Yoshihide Suga is slated to explain the extension and the reasoning at a press conference in the evening.

"On the whole, the situation is highly unpredictable," Suga, following a meeting with his Cabinet, told reporters on Thursday.

The state of emergency in place in Tokyo, Osaka, Kyoto and Hyogo since April 25 was initially set to be lifted on May 11, but was extended and expanded to include Aichi and Fukuoka, then Hokkaido, Okayama and Hiroshima, and finally Okinawa Prefecture.

Saitama, Chiba, Kanagawa, Gifu and Mie prefectures on Friday will also have quasi emergency virus measures extended to June 20, according to local media.

Gunma, Ishikawa and Kumamoto prefectures' quasi emergency measures will be lifted on schedule on June 13.

Tokyo Governor Yuriko Koike is just one of a number of regional heads deciding Wednesday to request that the central government further extend the emergency virus period, with the Tokyo Olympics scheduled to start in just two months.

"We're still at the beginning of our vaccination rollout so we have no choice but to continue to take thorough anti-virus measures," Koike said recently.

The governors have voiced concerns that the decline in new infections has not been sufficient with hospitals in some regions almost hitting capacity as variants of the virus including a more contagious strain first found in Britain and an Indian variant wreaking havoc in Japan.

The Japanese government has come under criticism for being the slowest among a number of advanced economies to rollout its vaccination campaign and has succeeded in administering just one dose to just over 5 percent of its population of 126 million.

Those having received a second dose comprise a bare 2 percent of the population, according to government statistics.

In a bid to accelerate its inoculation campaign, two mass vaccination centers were opened in Tokyo and Osaka Prefecture on Monday to help complete administering vaccinations of 36 million seniors aged 65 or older by the end of July.

Japan began inoculating its elderly population of about 36 million in mid-April, after its vaccination campaign for health care workers only started in February.