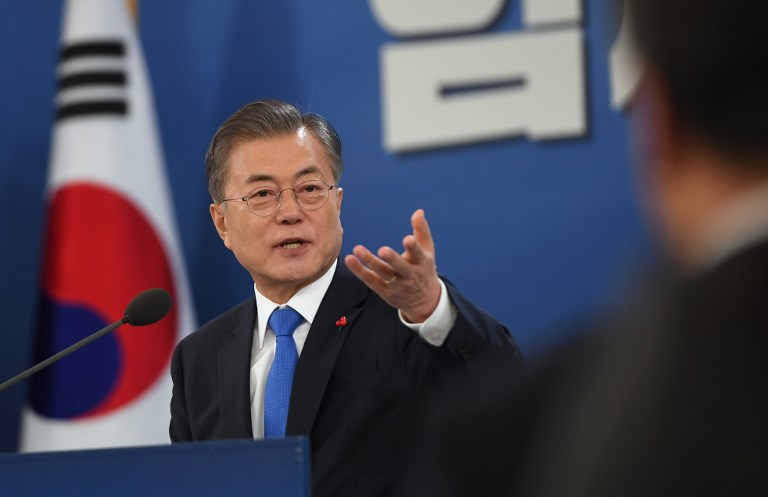 "The Japanese government should respect the ruling by (South) Korea's judicial branch though it has complaints. It is not a wise attitude for Japanese politicians and leaders to politicize and cause controversy over the issue," Moon said during his New Year press conference.

The South Korean Supreme Court ruled in 2018 that two Japanese companies should compensate the South Korean victims who were forced into labor without pay during the Pacific War. The Korean Peninsula was colonized by Japan from 1910 to 1945.

Japan protested against the ruling, claiming that the colonial-era issue was resolved through the 1965 government-to-government deal that normalized ties between Seoul and Tokyo. It was in contrast to the Seoul top court's ruling that acknowledged the individuals' right to claim damages.

Moon said that despite the 1965 deal, unresolved issues have continued, noting that those issues were not created by the South Korean government.

The South Korean leader said those issues came from the long history of the miserable past, urging the Japanese government to take a humble attitude over history.