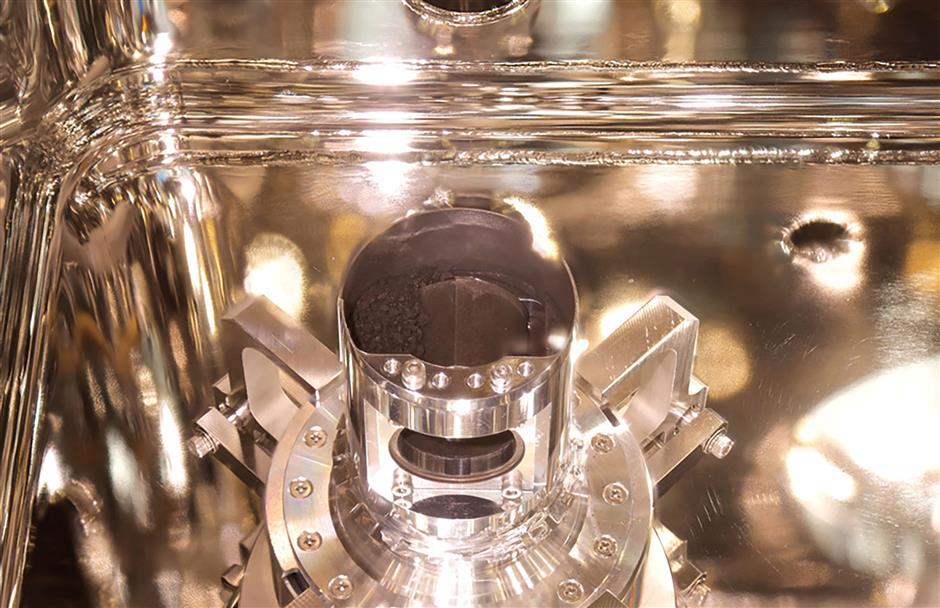 Samples of surface dust and pristine material collected from the asteroid Ryugu by the Hayabusa2 space probe.

Officials from Japan’s space agency said on Tuesday they have found more than the anticipated amount of soil and gases inside a small capsule the country’s Hayabusa2 spacecraft brought back from a distant asteroid.

The Japan Aerospace Exploration Agency (JAXA) said its staff initially spotted some black particles sitting on the bottom of the capsule’s sample-catcher when they pulled out the container on Monday.

By Tuesday, scientists found more of the soil and gas samples in a compartment that stored those from the first of Hayabusa’s two touchdowns on the asteroid last year.

“We have confirmed a good amount of sand apparently collected from the asteroid Ryugu, along with gases,” JAXA Hayabusa2 project manager Yuichi Tsuda said.

Hirotaka Sawada, a JAXA scientist, was the first to look inside the capsule’s sample-catcher.

He said he was “almost speechless” with surprise and joy when he found that the samples inside included were just the expected dust size but also size of grain and pebbles.

Scientists hope that samples collected from the asteroid can provide insight into the origins of the solar system and life on Earth.