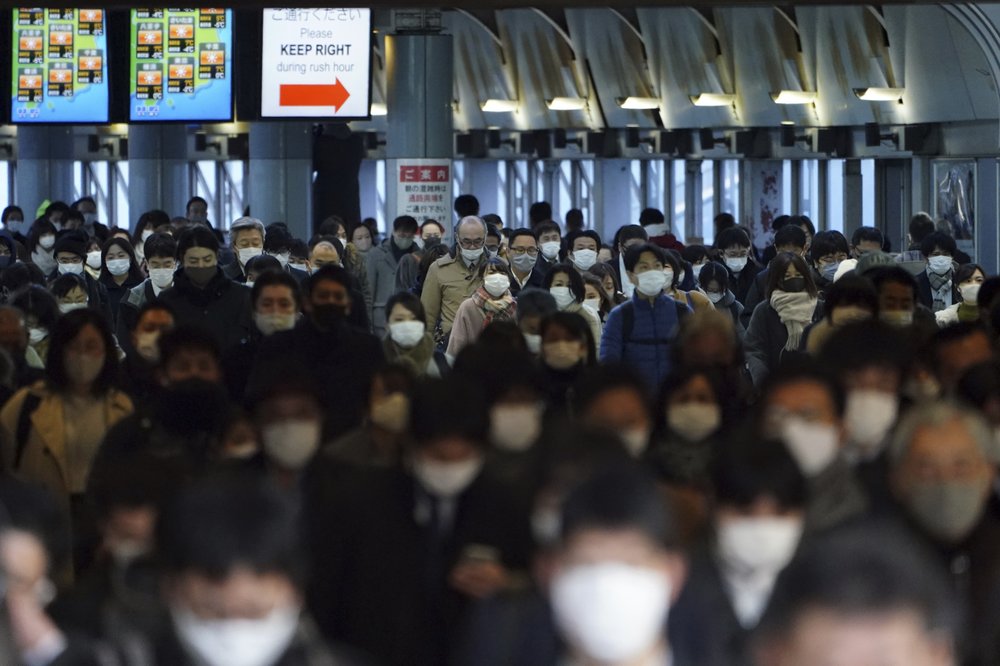 A station passageway is crowded with commuters wearing face mask during a rush hour Friday, Jan. 8, 2021 in Tokyo. (Photo: AP)

Japan began its first day under a coronavirus state of emergency Friday with much of life going on as usual, including morning commuter trains shuttling crowds of mask-wearing people at bustling stations.

Prime Minister Yoshihide Suga reiterated his request for restaurants to shorten business hours and for people to work from home.

“We take this very seriously. By all means, I would like to overcome this difficult situation with the cooperation of the people,” Suga told reporters.

The emergency runs through Feb. 7. The declaration is asking restaurants and bars to close by 8 p.m. while drinks won’t be served after 7 p.m.

It applies to Tokyo and the three surrounding prefectures of Saitama, Chiba and Kanagawa.

“Infection is the highest ever in every region of the nation,” said Suga.

Suga has promised legal revisions, including allowing penalties and other measures to add more force to the requests. They will be studied in parliament later this month.

The declaration is expected to have some sway in conformist Japan. Some companies have been resistant to working remotely and the emergency state may help workers assert their wishes to stay home.

But much of life will stay the same, with schools, sports events, stores and movie theaters open, but with social distancing and mask-wearing measures. Crowds are expected to thin at night.

The previous emergency, declared last April and May, although wider in scope and area, had some effect on curtailing the spread of COVID-19.

The number of daily cases in Tokyo have been climbing, reaching a daily record 2,447 Thursday. The goal is to bring them down to 500, according to officials.

Like many other Tokyo residents, Kazue Kuramitsu was already pessimistic about how long it might take for things to get back to normal.

“From today, we’re basically in a battle for one month. But I don’t think the spread will stop,” she said.