Japan suspended use of about 1.63 million doses of Moderna vaccine Thursday after contamination was found in unused vials, raising concern of a supply shortage as the country tries to accelerate vaccinations amid a COVID-19 surge. 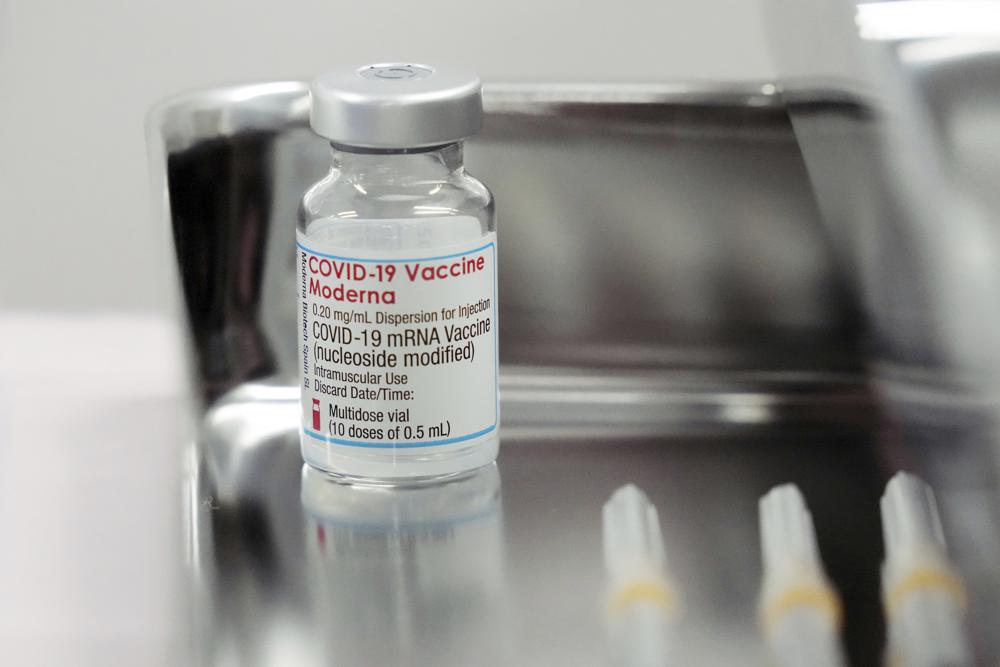 The health ministry said contamination was reported from multiple vaccination sites. Some doses might have been administered, but no adverse health effects have been reported so far, officials said.

Takeda Pharmaceutical Co., a Japanese drugmaker in charge of sales and distribution of the vaccine in Japan, said it decided to suspend use of doses manufactured in the same production line as a safety precaution.

It asked Moderna to conduct an emergency investigation and told medical institutions and organizers to stop using the vaccine produced in Spain and shared the production numbers that may be affected.

The Spanish manufacturer, Rovi, said it is conducting an investigation into the matter and is also cooperating with authorities.

"The detection of this particulate matter refers to certain vials of one product lot distributed exclusively in Japan," the company said in a statement from Madrid.

It said that as a precaution, the batch in question and two adjacent lots have been put on hold.

Neither the companies nor authorities gave details on the possible type of contamination.

The Moderna vaccine problem came just as Japan struggles with surging infections, with daily new cases hitting new highs in many parts of the country and severely straining the health care system.

"We will do utmost in order to avoid any impact on vaccination progress, especially at worksites and large-scale centers," Kato said.

Japan relies entirely on foreign-developed vaccines by Moderna, as well as Pfizer Inc. and AstraZeneca. Moderna has been since mid-June at large-scale centers and workplace inoculations and has helped speed up Japan's rollout.

About 43% of the Japanese population have been fully vaccinated, with daily doses of about 1 million.