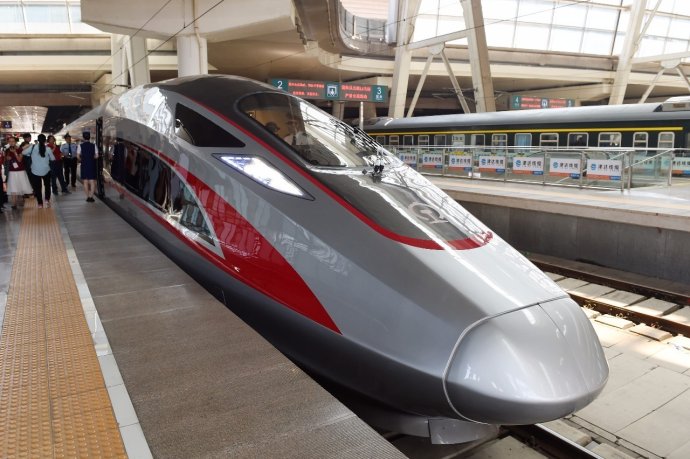 TOKYO, Jan. 7 (Xinhua) -- A trial operation of automatic train was conducted on the Yamanote loop line in Tokyo, Japan on Monday by the East Japan Railway Co. with its latest self-driving technology, local media reported.

The country is beefing up its efforts in expanding automatic train operation to deal with a possible shortage of drivers amid its declining population.

In the trial run, first of its kind revealed to the media, an E235 series train containing 11 cars circled the 34.5-km loop line twice for about two hours.

In the first circuit, there was no delay, while the second required some adjustments manually as the train could not stop at the designated point on the Yamanote line, one of the busiest commuter lines in Tokyo's metropolitan area.

Basic functions of self-driving were tested, including acceleration, deceleration and pulling off. The peak of speed stood at 80 km an hour.

"We are basically doing fine. We'll analyze the result and seek to put the technology in practice as soon as possible," local media quoted Yuichiro Tokunaga, a JR East official in charge.

Another self-driving test on the Yamanote line is arranged to be conducted in recent weeks.

In Japan, some monorail services, which have no ground-level tracks or crossings, have already employed automatic railroad operation systems.