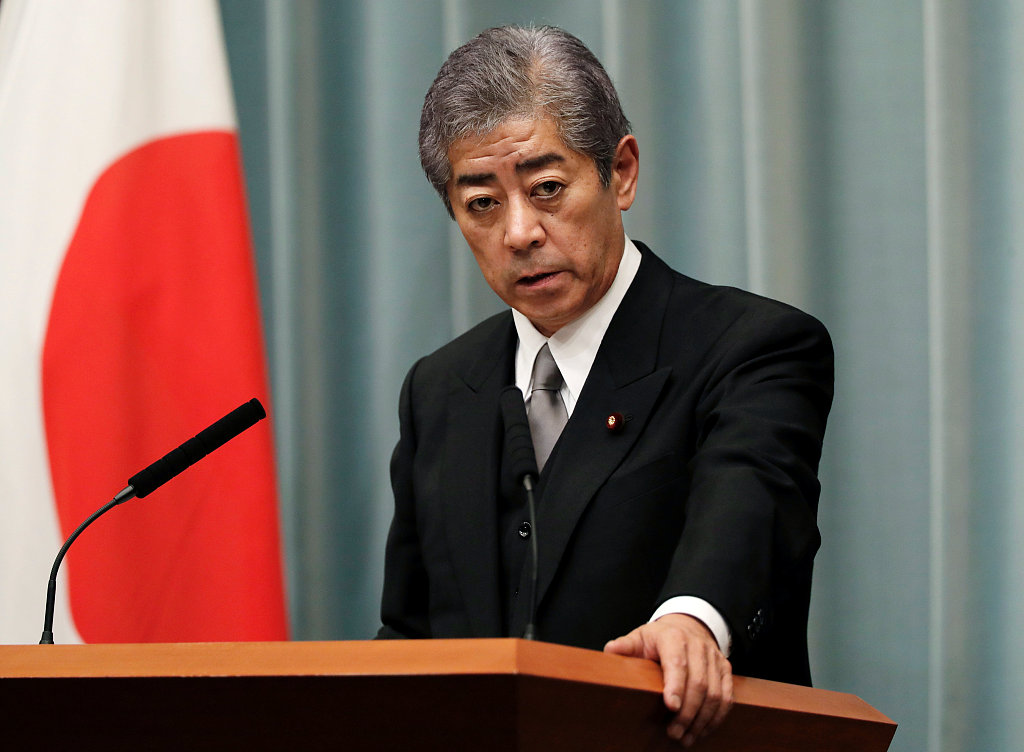 TOKYO, June 11 (Xinhua) -- Japanese Defense Minister Takeshi Iwaya on Tuesday rejected a proposal for another survey to be conducted in an area in Japan's northeast shortlisted to host the controversial Aegis Ashore missile interceptor system, despite flawed data being used to select candidate locations' suitability.

Iwaya told a press briefing on the matter that carrying out another survey on the Ground Self-Defense Force's (GSDF) Araya Training Area in Akita City's Araya district, in Akita Prefecture, was unnecessary as the government's survey has already determined the area to be suitable to deploy the Aegis Ashore system.

The defense minister added, however, that sections of the survey compiled using faulty data would be reevaluated and explained to local authorities and people in Akita.

He also said he planned to visit Akita Prefecture in person to try and seek the understanding of the local people for the deployment of the controversial missile launcher.

On Monday, the Defense Ministry was strongly condemned by Akita Governor Norihisa Satake who said the government's plan to potentially deploy the weapons system in Akita is "truly regrettable" and that using flawed data was an "extremely questionable" stance taken by the Defense Ministry.

Satake also said that deliberations on whether Akita would host the contentious missile interceptor system were "back to square one."

In response, Iwaya said Tuesday that he accepts the remarks made by Satake and will respond to them sincerely in a bid to regain the prefecture's and the people's trust.

In addition, the ministry has also come under fire recently for one of its officials falling asleep during a public meeting in Akita City on Saturday, held to try and gain the understanding of the people in the region about the possible deployment of the missile system and to help allay safety concerns.

But local officials and residents of Akita remain irate at the Defense Ministry's lax compilation of data based on its surveys, that led to the Araya Training Area being shortlisted as a suitable site for the system.

The Defense Ministry has since issued an apology for using flawed geographical information about candidate locations for the controversial missile interceptor system that led to the site being selected to deploy the Aegis Ashore system.

Local opposition to the plan has intensified of late, with residents stating that there was no way for them to feel safe when the people promising their safety cannot even perform simple calculations.

Other opponents believe the Araya Training Area in Akita had been chosen by the government prior to any geographical surveys being conducted.

However, a precondition to the systems' deployment is the government gaining the understanding of the local people in the areas, as underscored by Japan's top government spokesperson, Chief Cabinet Secretary Yoshihide Suga, in a press briefing on Tuesday.

Suga said the Defense Ministry must accept what Satake has said on the matter and make all-out efforts to explain itself to the local people in Akita, who have lost trust in the ministry.

Separately, Constitutional Democratic Party of Japan member Kiyomi Tsujimoto described the fiasco as "disgusting" stating that she was "stunned" at the behavior of the ministry.

She maintained that Prime Minister Shinzo Abe's push to revise Japan's pacifist Constitution, in light of the ministry's monumental slip-up, was now unthinkable owing to such basic mistakes being made and the ministry's behavior.