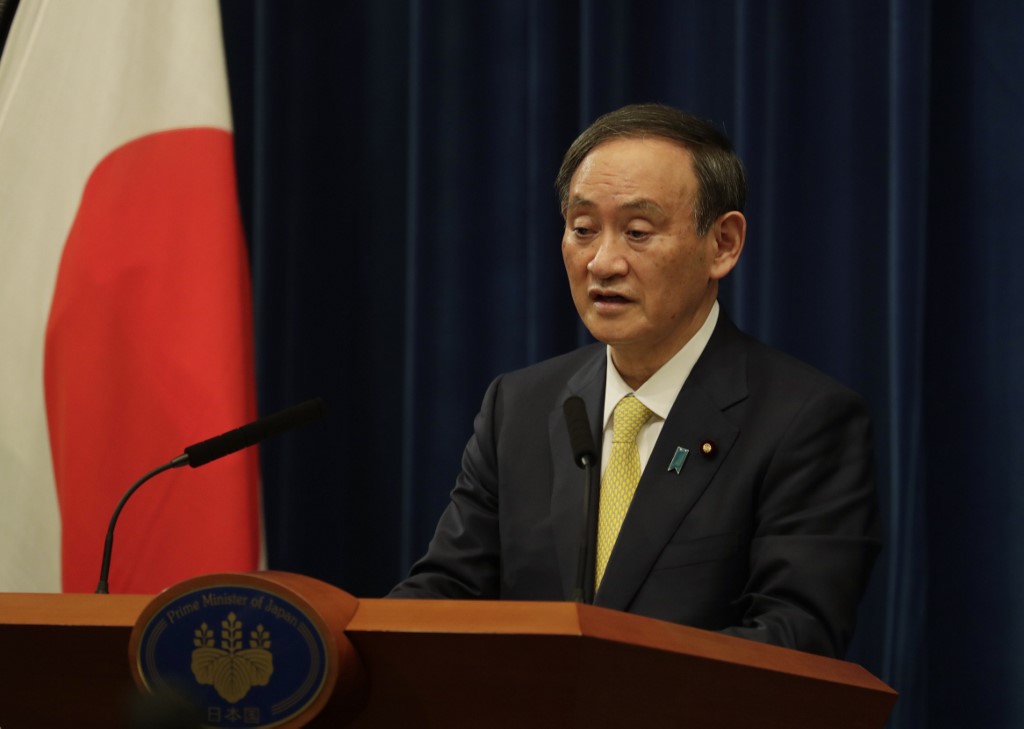 Japanese Prime Minister Yoshihide Suga speaks during a news conference after a Parliament session in Tokyo on December 4, 2020. (Photo: AFP)

The Japanese government is planning to declare a state of emergency for Tokyo and three neighboring prefectures as early as Thursday, reported local media.

The state of emergency would be an attempt to curb the spread of the coronavirus.

According to Kyodo News Agency, Prime Minister Yoshihide Suga said he will make a decision on Thursday on a plan to declare another state of emergency.

The schedule was announced by Suga at an executive meeting of the ruling Liberal Democratic Party on Tuesday. The government plans to put the declaration in place for about one month, reported Kyodo citing a government official, adding it is expected to take effect on Thursday or the following day.

Leaders from Tokyo and its neighboring prefectures have agreed to jointly ask residents to refrain from non-essential trips outside their homes and call on dining and drinking establishments to close by 8 p.m., according to the report.