Japan to lift COVID restrictions on foreign tourists from October 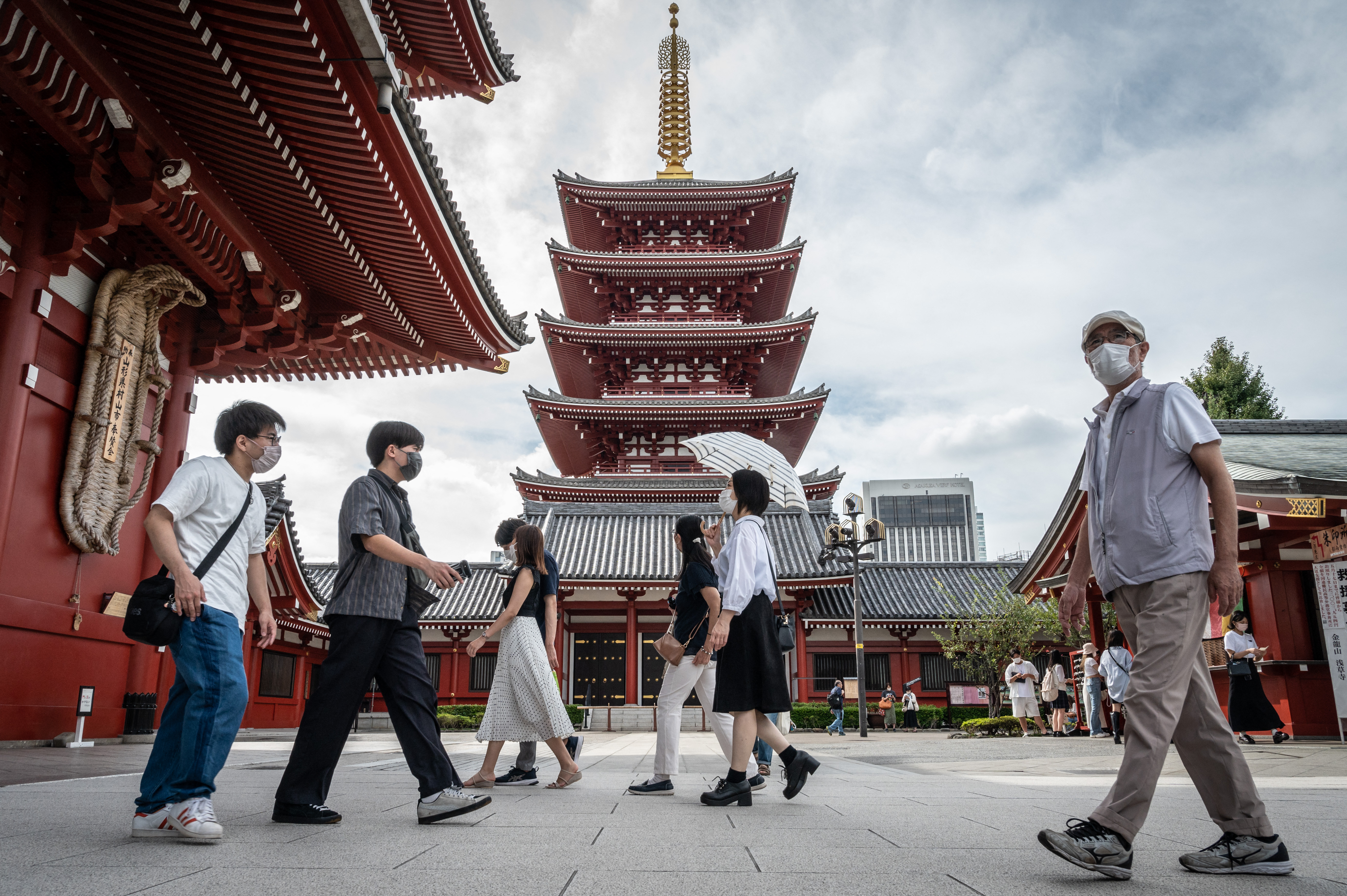 Japan announced Thursday that it will lift COVID restrictions on foreign tourists, reopening the borders after two and a half years.

Speaking at the New York Stock Exchange, Prime Minister Fumio Kishida said the pandemic had interrupted the free flow of people, goods and capital that had helped the nation flourish.

"But from October 11, Japan will relax border control measures to be on par with the US, as well as resume visa-free travel and individual travel," said Kishida, who is in the city for the United Nations General Assembly.

Tourists who come to Japan will enjoy a weak yen, which has plummeted so low against the dollar that the finance ministry intervened in the currency market Thursday for the first time since 1998.

The return of the visa-waiver program suspended in March 2020 will restore the ease of access that saw a record 31.9 million foreign visitors to the country in 2019.

Since June, Japan has allowed tourists to visit in groups accompanied by guides, a requirement that was further relaxed to include self-guided package tours.