Japan to push ahead with deployment of F-35As despite crash 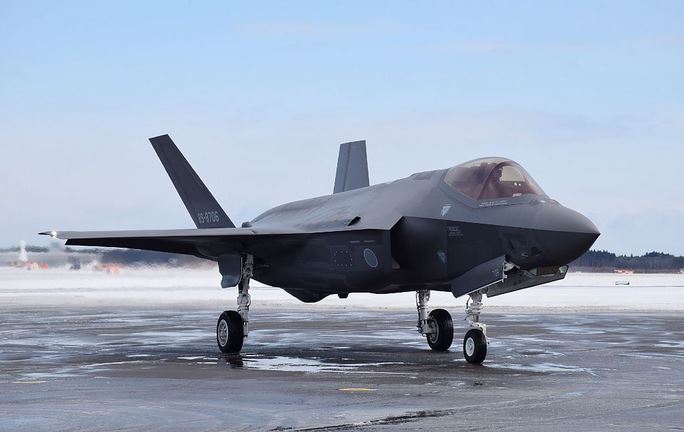 TOKYO, June 10 (Xinhua) -- Japanese Defense Minister Takeshi Iwaya on Monday said the crash off northern Japan two months ago of an Air Self-Defense Force (ASDF) F-35A stealth fighter was likely caused by the pilot being disoriented, rather than a technical problem.

Iwaya told a press briefing on the matter that regardless of the amount of flying time a pilot has clocked up, it is still possible for them to fall into "spatial disorientation," suggesting this was the likely cause of the fatal crash on April 9.

He also said the fact the pilot had been flying in darkness could also have been a contributing factor in the incident.

In addition to confirming Japan's continued plan to purchase more F-35As from the United States and deploy a total of 105 of the multi-role, front-line fighters, Iwaya said that steps would be taken to avoid a recurrence of the incident, which led to the death of Maj. Akinori Hosomi who was flying the jet.

"We will fully enforce training to avoid spatial disorientation and will fully explain to local residents before deciding to resume flights by the remaining F-35As," Iwaya said, adding that intensive inspections of the remaining 12 F-35As at the Misawa Air Base in the northeastern prefecture of Aomori would be carried out.

Iwaya, who said he plans to lift the ban on flights of the 12 stealth fighters that were grounded after the incident, added that pilots of the fifth-generation stealth fighter will undergo further rigorous training, including the use of special equipment to avoid them becoming disoriented during flight.

Meanwhile, a report by the ASDF based partly on radar and communication data from the three other fighters involved in the drill when Hosomi's jet plunged into the sea at a speed of over 1,100 km per hour, said that Hosomi was instructed by ground control to reduce his altitude and then bank left to avoid another military aircraft flying in the vicinity.

The report said that Hosomi sounded calm while communicating with ground control and did not signal any problems.

The report goes on to describe how the plane then descended from an altitude of more than 9,000 meters for about 30 seconds, before going off the radar and that no attempt to eject was made by the pilot.

Earlier this month, the search for the missing plane, which had only succeeded in recovering fragments including parts of the engine and the main wing, along with the plane's heavily damaged black box flight recorder, was called off.

Hosomi's death was confirmed on June 7, the Defense Ministry said, after claiming it had found parts of his body near debris from the plane.

Military experts here, while investigations have been ongoing into the cause of the crash, the first in the world for an F-35A, have questioned Japanese pilots' ability to fly the stealth fighter, intimating that the cutting-edge aircraft requires a significant amount of knowledge and expertise to fly.

General Toshimichi Nagaiwa, a former ASDF lieutenant, previously told Japan's public broadcaster NHK that the crash poses a significant problem to the deployment of the jets in Japan and for them to become Japan's mainstay fighters.

The ASDF began deploying F-35A jets at its Misawa base in Aomori Prefecture, northern Japan, in January 2018, where a new F-35 squadron has been formed with 80 personnel.

The Japanese government plans to bolster its fleet of F-35s with the acquisition of a total of 105 F-35As and 42 of the short take-off variant F-35B stealth fighters.

The jets, one of the Pentagon's most sophisticated fifth-generation multi-role stealth fighter and most expensive weapons system, with a price tag of between around 90 and 116 million US dollars, are supposed to replace Japan's fleet of aging F-15 and F-4 fighter planes.

But Nagaiwa has asserted that Japanese pilots need greater skill and more knowledge to be able to fly the ultra-advanced jet, the crashed one of which had made two emergency landings in the last two years.

The jet, the first to be assembled in Japan at Mitsubishi Heavy Industries Ltd.'s plant in Aichi Prefecture, was forced to abort a test flight after a cooling system malfunction, Japan's Defense Ministry has said.

It also said that a position indicator malfunction also occurred in the jet when it was flying in bad weather.

Contributing to rising concerns about the jets' safety, a Japanese ASDF team looking into the cause of the accident previously said it suspected the pilot, who had logged 3,200 hours of flying time including around 60 hours specifically flying F-35As, may have noticed some kind of "abnormality" before the plane crashed, but had no time to eject.

This, military analysts have said, gives prominence to the Defense Ministry also previously stating that the pilot had radioed the three other F-35A pilots also taking part in the combat drill to say he was aborting the mission.

The state-of-the-art jets are co-developed by nine countries including the United States, Britain and Italy and are produced by US defense company Lockheed Martin Corp. and cost around 50,000 US dollars per hour to fly.