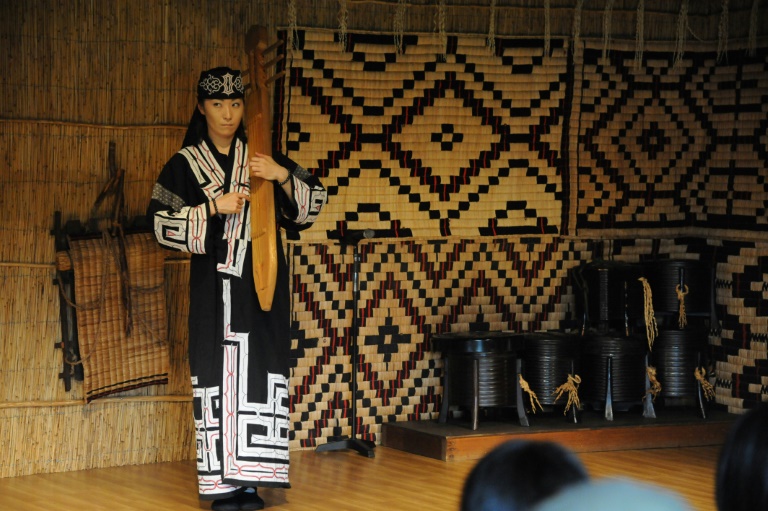 Japan's government introduced a bill Friday to recognize the country's ethnic Ainu minority as an "indigenous" people for the first time, after decades of discrimination against the group.

The Ainu people -- many of whom live in northern Hokkaido -- have long suffered the effects of a policy of forced assimilation, and while discrimination has receded gradually, income and education gaps with the rest of Japan persist.

"It is important to protect the honour and dignity of the Ainu people and to hand those down to the next generation to realize a vibrant society with diverse values," top government spokesman Yoshihide Suga told reporters.

"Today we made a cabinet decision on a bill to proceed with policies to preserve the Ainu people's pride."

The bill is the first to recognize the Ainu as "indigenous people" and calls for the government to make "forward-looking policies", including measures to support communities and boost local economies and tourism.

The Ainu have long suffered oppression and exploitation, and the modern Japanese government in the late 19th century banned them from practising their customs and using their language.

The Ainu traditionally observed an animist faith, with men wearing full beards and women adorning themselves with facial tattoos before marriage.

But like many indigenous people around the world, most of Japan's Ainu have lost touch with their traditional lifestyle after decades of forced assimilation policies.

The Ainu population is estimated to be at least 12,300, according to a 2017 survey, but the real figure is unknown as many have integrated into mainstream society and some have hidden their cultural roots.

"It is the first step for ensuring equality under the law," Mikiko Maruko, who represents a group of Ainu people in eastern Japan near Tokyo, told AFP.

"There are lots of things to be done, for example, creating a scholarship for families who struggle to send their children to high schools," she added, a system currently only available to Ainu in Hokkaido.

Under the new plan, the government will also allow the Ainu to cut down trees in nationally-owned forests for use in traditional rituals.

"It is a major step forward on policies towards the Ainu people," said Masashi Nagaura, chief of the Ainu policy bureau of the Hokkaido prefectural government that has spearheaded policies for the ethnic minority.