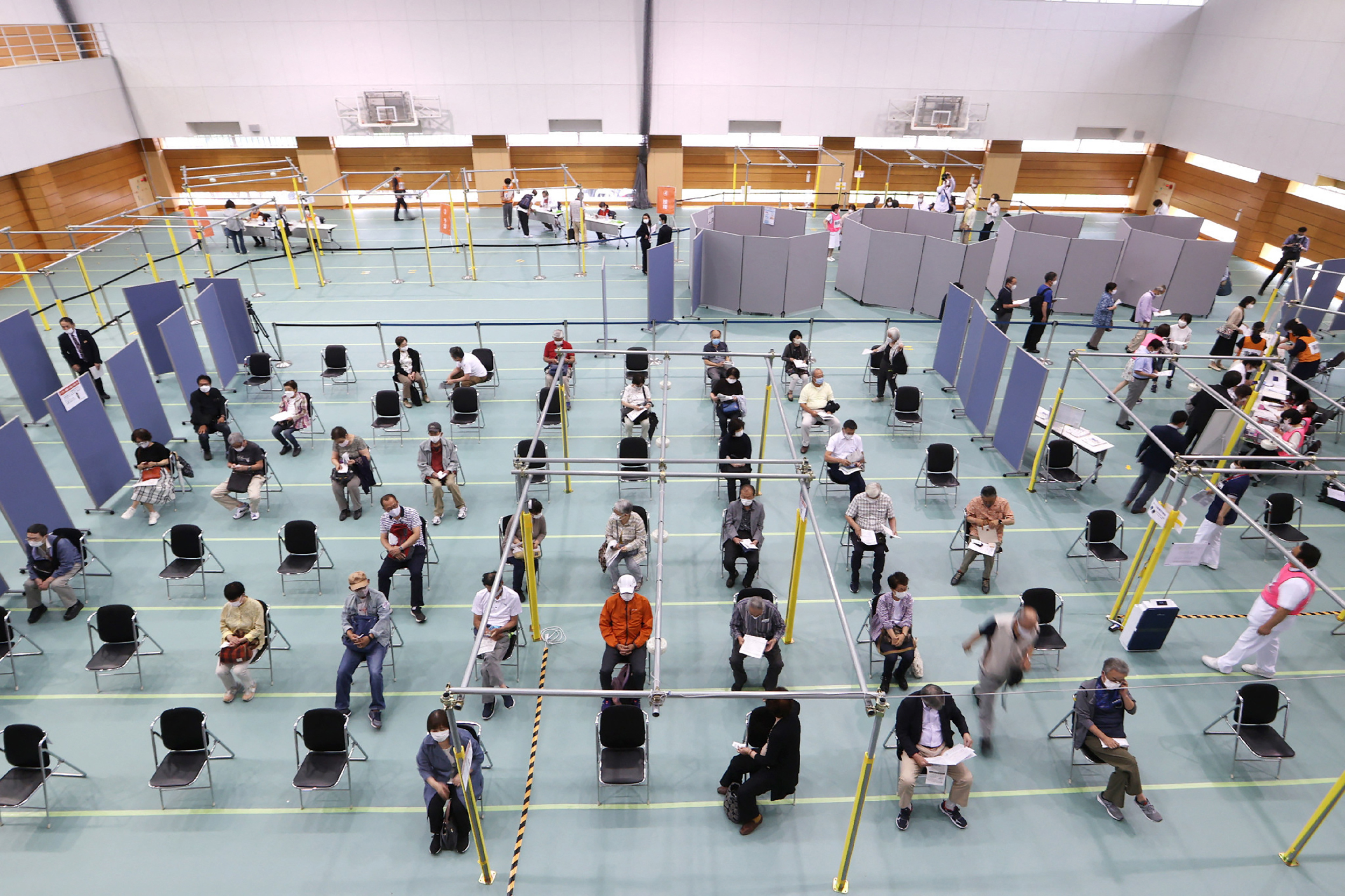 People gather to receive the Moderna coronavirus vaccine at a newly-opened mass vaccination centre in Toyoake City, Aichi prefecture on May 24, 2021. (Photo: AFP)

According to Kato, the top government spokesman, the new round of inoculation campaign slated to begin on June 21 is aimed at speeding up the country's vaccination rollout and helping reduce the burden on local municipalities.

"The expansion in the number of vaccination sites is meant to reduce the burden on local communities and accelerate the pace of inoculation. The two-dose vaccine developed by U.S. biotech firm Moderna Inc. will be used," Kato told a press briefing on the matter.

Kato said the workplaces and universities will be in charge of deciding who gets vaccinated, recommending that the elderly and those with underlying health conditions be given priority.

The companies and universities, Kato said, will also be in charge of sourcing their own medical personnel to administer the jabs amid the nation's dire lack of medical personnel qualified to give the vaccinations, which has contributed to the country's sluggish rollout.

The Japanese government has come under criticism for being one of the slowest among a number of advanced economies to rollout COVID-19 vaccination. So far around 7 percent of the country's 126 million population have received at least one dose of the vaccine.

In a bid to accelerate its inoculation campaign, two mass vaccination centers have been opened in Tokyo and Osaka Prefecture with state-backed facilities aimed at helping complete vaccinating 36 million seniors aged 65 or older by the end of July.

The government here has come under heavy fire from foreign chambers of commerce who said that Japan has failed to make progress comparable to other nations that are making "substantial" expansion of business and travel possible due to vaccinations.

"We therefore urge the government to rapidly expand the vaccination program in Japan by mobilizing all of the country's considerable resources to ensure the vaccine is rapidly deployed and availability extended to a wider age group," the chambers of commerce of the United States, Canada, New Zealand, Australia and European Business Council based here said in a joint statement.