WORLD Japan to suspend entry of all non-resident foreign nationals

Japan to suspend entry of all non-resident foreign nationals 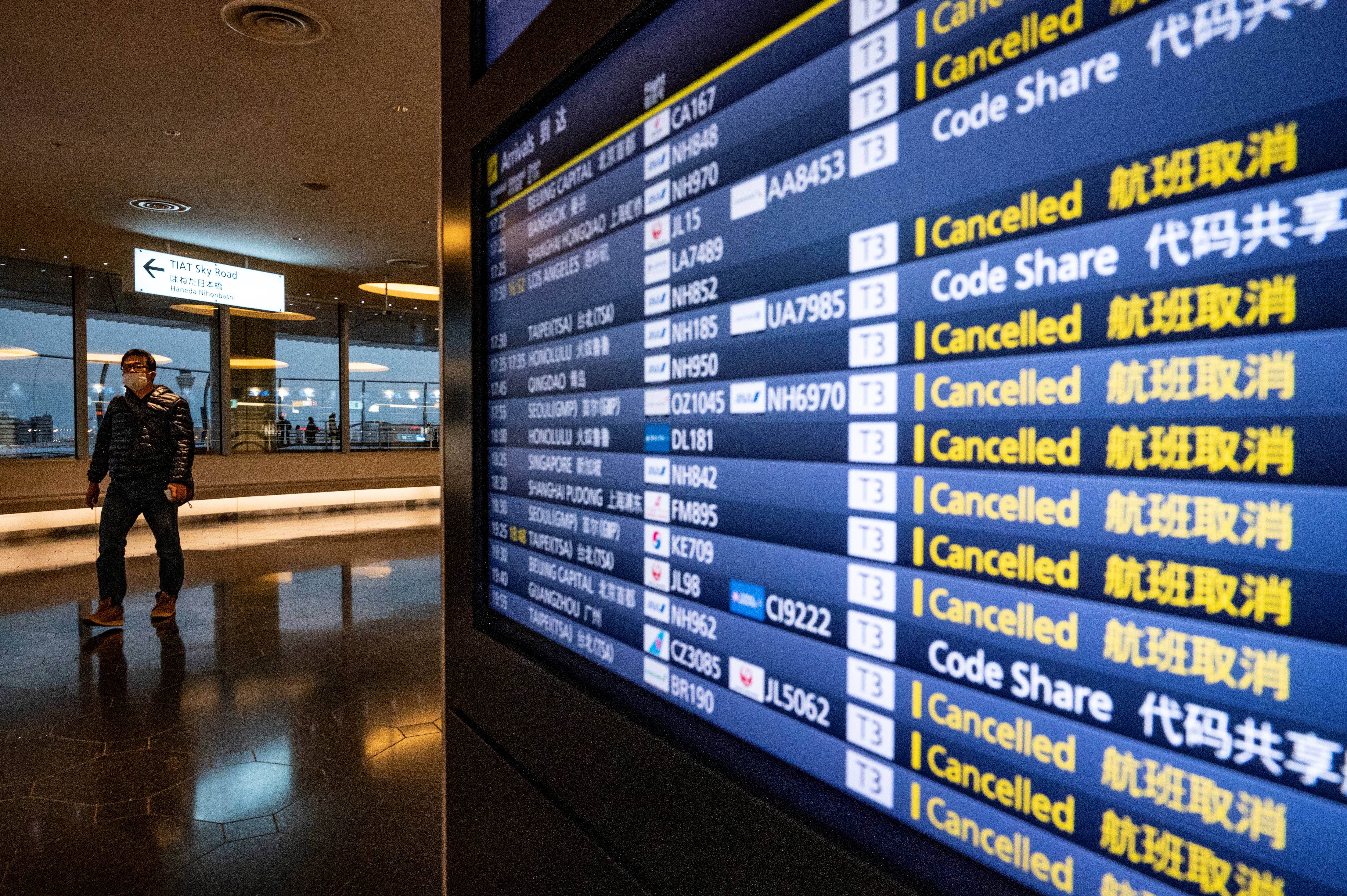 A visitor (L) walks past a board displaying flight arrival and cancellation information at Tokyo's Haneda airport on December 27, 2020. (Photo: AFP)

TOKYO, Jan. 13 (Xinhua) -- Japanese Prime Minister Yoshihide Suga on Wednesday said the entry of all non-resident foreign nationals into the country will be suspended as part of a coordinated effort to curb the further spread of the COVID-19 pandemic.

The majority of entries were suspended in December, although travelers arriving on business and associated with some student programs from certain countries had been exempt from the tightening restrictions.

The essential shutdown of Japan's borders to all non-resident foreign nationals will be kept in place until Feb. 7, when a state of emergency declared in the Greater Tokyo and other areas in Japan will be lifted, the Japanese leader told a press briefing on the matter.

The move, however, is a detraction from the prime minister's previous stance.

He had remarked on a TV show recently that Japan would keep its doors open for business people from certain countries, provided that doing so did not lead to an influx of the new, highly transmissible coronavirus variant previously found in Britain and South Africa.

Within the ruling Liberal Democratic Party (LDP), however, lawmakers refused to simply roll-over to the new idea, with some of them calling for the exemption to be suspended.

They argued that it was contradictory to ask Japanese people to stay home under the state of emergency while still allowing non-resident foreign nationals into the country.