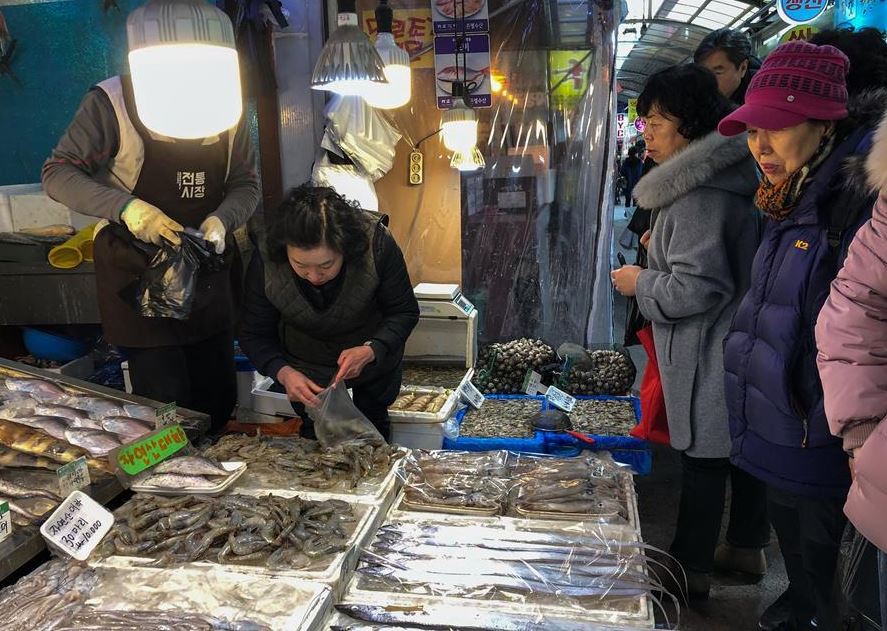 TOKYO (Xinhua) -- The Japanese government said on Thursday that it will tighten checks on flounder and other marine food imported from South Korea.

The Ministry of Health, Labor and Welfare insists that the decision is aimed at preventing food poisoning, adding that it is not a countermeasure against South Korea's ban on imports of fishery products from Fukushima and seven other Japanese prefectures.

According to the ministry, about 10 cases of food poisoning caused by Korean flounder are reported annually in Japan.

Currently, about 20 percent of South Korean flounder imports are tested for a parasite that causes food poisoning. The Japanese government will tighten checks from next month and raise the ratio to 40 percent.

Stricter checks will also be applied to all imports of chilled and shucked ark shells, cockles and sea urchins that can be eaten raw.

"This measure is taken from the perspective of protecting the health of the public in the summer, when food poisoning has occurred in recent years due to imported fishery products. Such enhanced inspection has always been done on a regular basis," Chief Cabinet Secretary Yoshihide Suga said at a press conference.

He dismissed suggestions that the move is a countermeasure against South Korea's ban on some Japanese marine food.