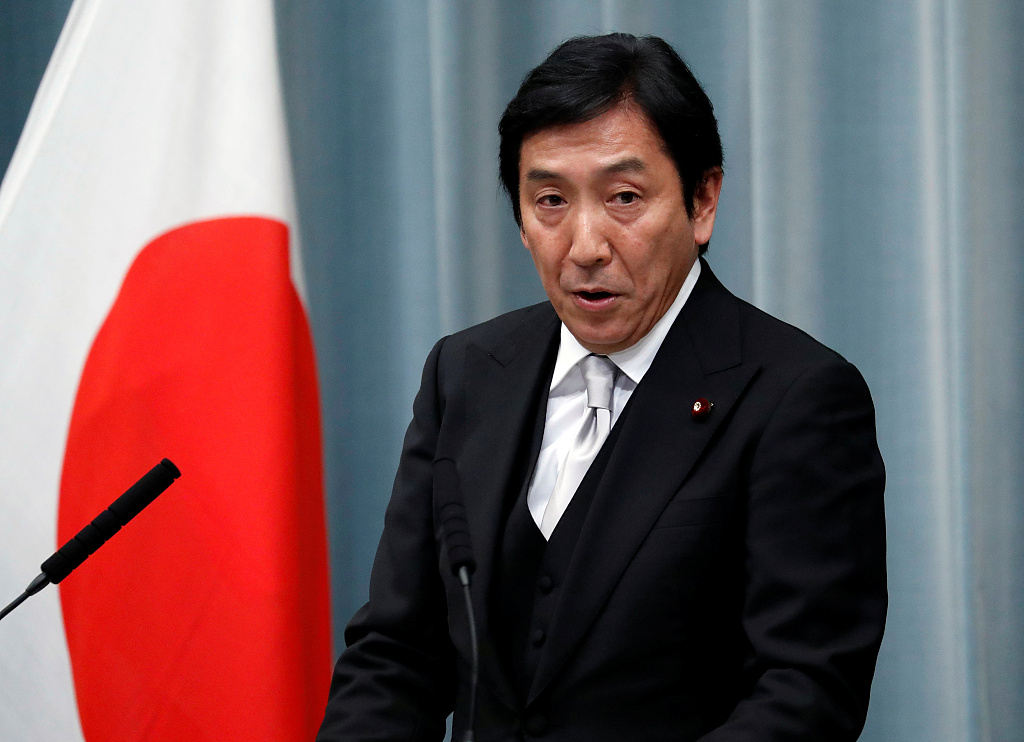 Isshu Sugawara has been in the hot seat after a magazine reported he was suspected of paying 20,000 yen ($185) to a bereaved family in his constituency and of giving gifts to other voters.

The amounts, while small, would constitute a violation of Japan's public office election law.

Jiji Press agency quoted Sugawara as saying "it is not my intention that parliamentary debate stall (because of the scandal)."

Sugawara was appointed in a recent cabinet reshuffle but has not taken over the key portfolio of handling trade negotiations with the United States.