Nearly two million people were urged to seek shelter as torrential rain triggered floods and landslides in western Japan on Saturday, leaving at least one dead and three missing. 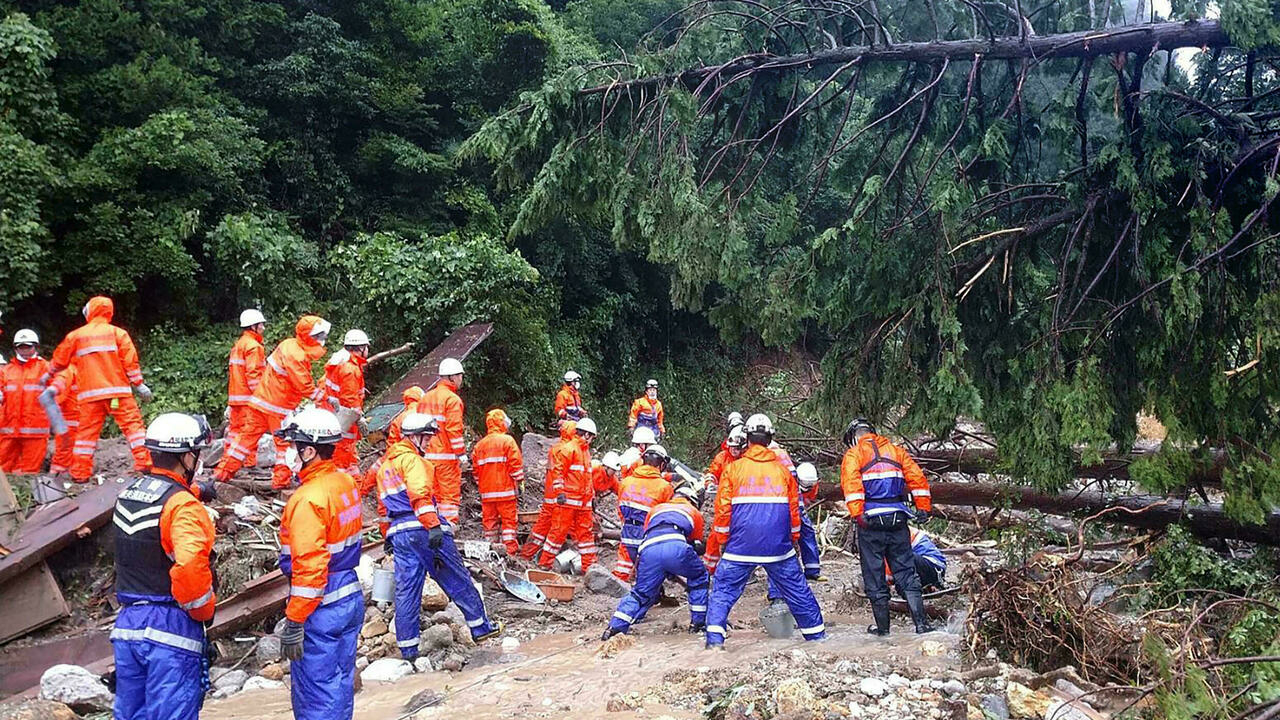 Authorities in seven regions, mainly in the northern part of Kyushu island, issued their highest evacuation alert as the weather agency reported unprecedented levels of rain in the area.

Under the non-compulsory alert, more than 1.8 million residents have been asked to leave their homes immediately, according to public broadcaster NHK.

TV footage showed rescuers towing residents through submerged streets on a lifeboat in the town of Kurume in Fukuoka, while a man who was rescued in neighbouring Saga prefecture said he had never seen rain like it.

"This situation is different," he told NHK. "I've had a similar experience before, but (this time) I was scared."

The government said 14 rivers had burst their banks and 14 landslides had occurred, mainly in western Japan.

A 59-year-old woman died and two of her family members were missing after a landslide destroyed two houses in Unzen, Nagasaki, a local official said.

"More than 150 troops, police and firefighters were dispatched to the site for rescue operations," Takumi Kumasaki told AFP.

"They are carefully searching for the missing residents, while watching out for further mudslides as the heavy rain continues."

A 76-year-old man was also missing in Kumamoto after he tried to secure his fishing boat at a surging river, a regional official told AFP.

Downpours are forecast for several more days over a large swathe of the country.

Scientists say climate change is intensifying the risk of heavy rain in Japan and elsewhere, because a warmer atmosphere holds more water.

"It's highly likely that some kind of disaster has already occurred," Adachi said.

"The maximum alert is needed even in areas where risks of landslides and flooding are usually not so high."

And in 2018, floods and landslides killed more than 200 people in western Japan during the country's annual rainy season.