WORLD Japan, US leaders affirm importance of alliance in summit talks in Tokyo

Japan, US leaders affirm importance of alliance in summit talks in Tokyo

TOKYO, May 27 (Xinhua) -- The leaders of Japan and the United States underscored the importance of the two countries' alliance at the outset of talks in Tokyo on Monday. 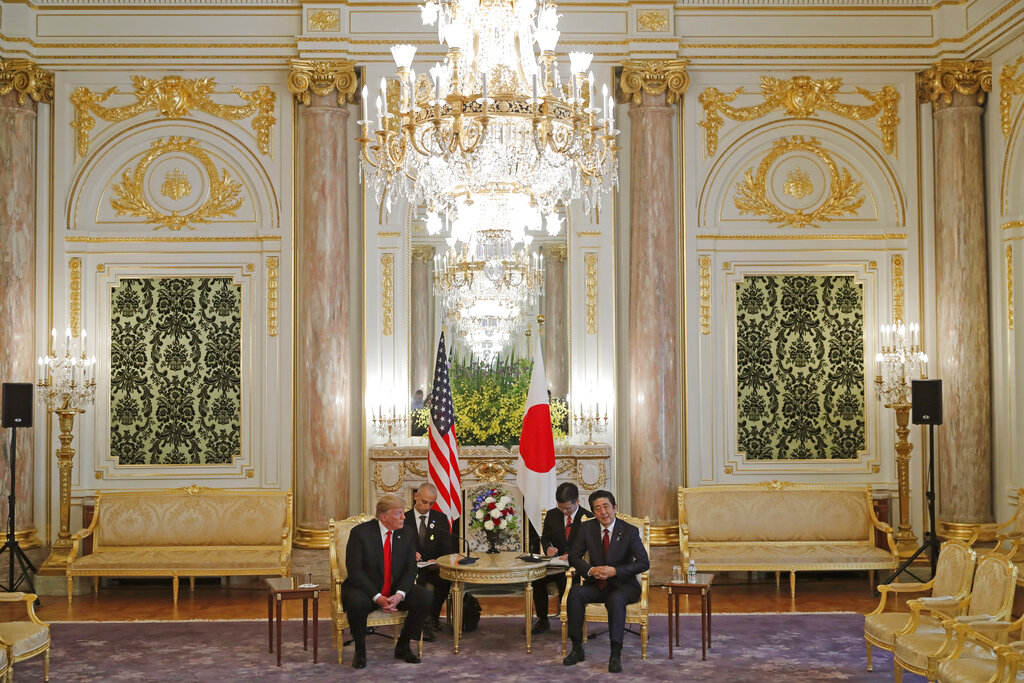 Japanese Prime Minister Shinzo Abe during the beginning of talks with US President Donald Trump said that, "I hope to make this visit by Mr. and Mrs. Trump something befitting the opening of a new era, Reiwa."

He wants to make this an opportunity to clearly demonstrate that the bonds of the Japan-US alliance continues to be firm in the Reiwa era, the Japanese leader added.

For Trump's part, he said that he had a good relationship with his Japanese counterpart and that relations with Japan are the best they have been.

"We understand each other very well, we're very committed to each other as nations," Trump said.

"So we have a situation where we have the best relationship that we've ever had with Japan, and we're going to keep it that way," the US leader said.

In terms of trade, Trump said, "I think we will be announcing some things probably in August that will be very good for both countries."

His remarks were made in reference to the United States' trade deficit with Japan, which Trump described as a "tremendous imbalance."

In the talks ahead, and through his four-day state visit through Tuesday, Trump said that issues of military, trade and those pertaining to the Korean Peninsula had and would be focused on.

In terms of rising tensions in the Persian Gulf, Trump said that he believes that Iran is open to talks and that he is also willing to hold talks with Tehran on the situation.

Earlier Monday, Trump became the first head of state to meet Japan's new Emperor Naruhito who ascended the throne at the beginning of May.

Trump and First Lady Melania were welcomed at the Imperial Palace in Tokyo by Emperor Naruhito and Empress Masako.

In the evening, the Trumps will attend a state banquet at the palace hosted by the imperial couple.