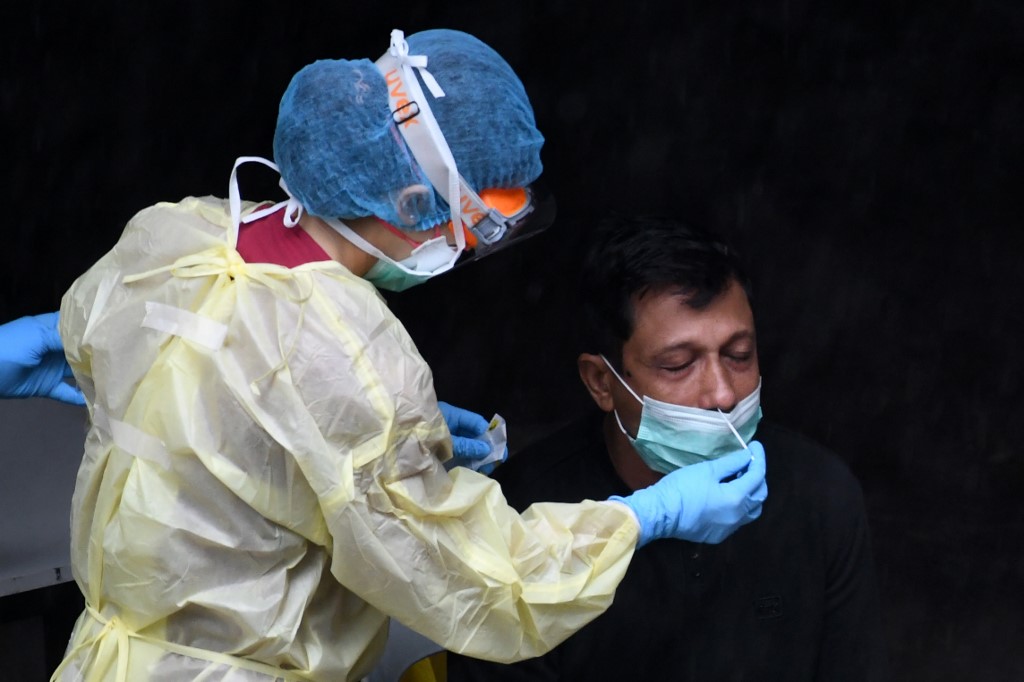 During phone talks held at Tokyo's request that lasted about 40 minutes, the two leaders discussed the efforts being made by their respective countries to curb the spread of the virus, said the official.

They also discussed measures towards restarting economic activities suspended due to the outbreak of the pneumonia-causing virus, Japan's top government spokesperson said.

"It was very meaningful that the Japanese and U.S. leaders confirmed coordination via phone talks at a time when global unity is being required to fight the coronavirus," Chief Cabinet Secretary Yoshihide Suga told a press briefing after the talks.

Abe and Trump also discussed the ongoing efforts to develop anti-viral drugs to treat patients with COVID-19 as well as the development of potential vaccines, the official said.

The leaders' talks were the first between the pair since late March when the postponement of the Tokyo Olympic and the Paralympic Games was discussed.

In the latest talks, the two leaders also agreed to work together to ensure the rescheduled Olympics to be held in the summer of 2021 would be a success, according to the official.