US military drills with the Republic of Korea (ROK) and Washington's troop presence there are "vital" for regional security, Japan said Wednesday, raising concerns after US President Donald Trump said the drills would be halted. 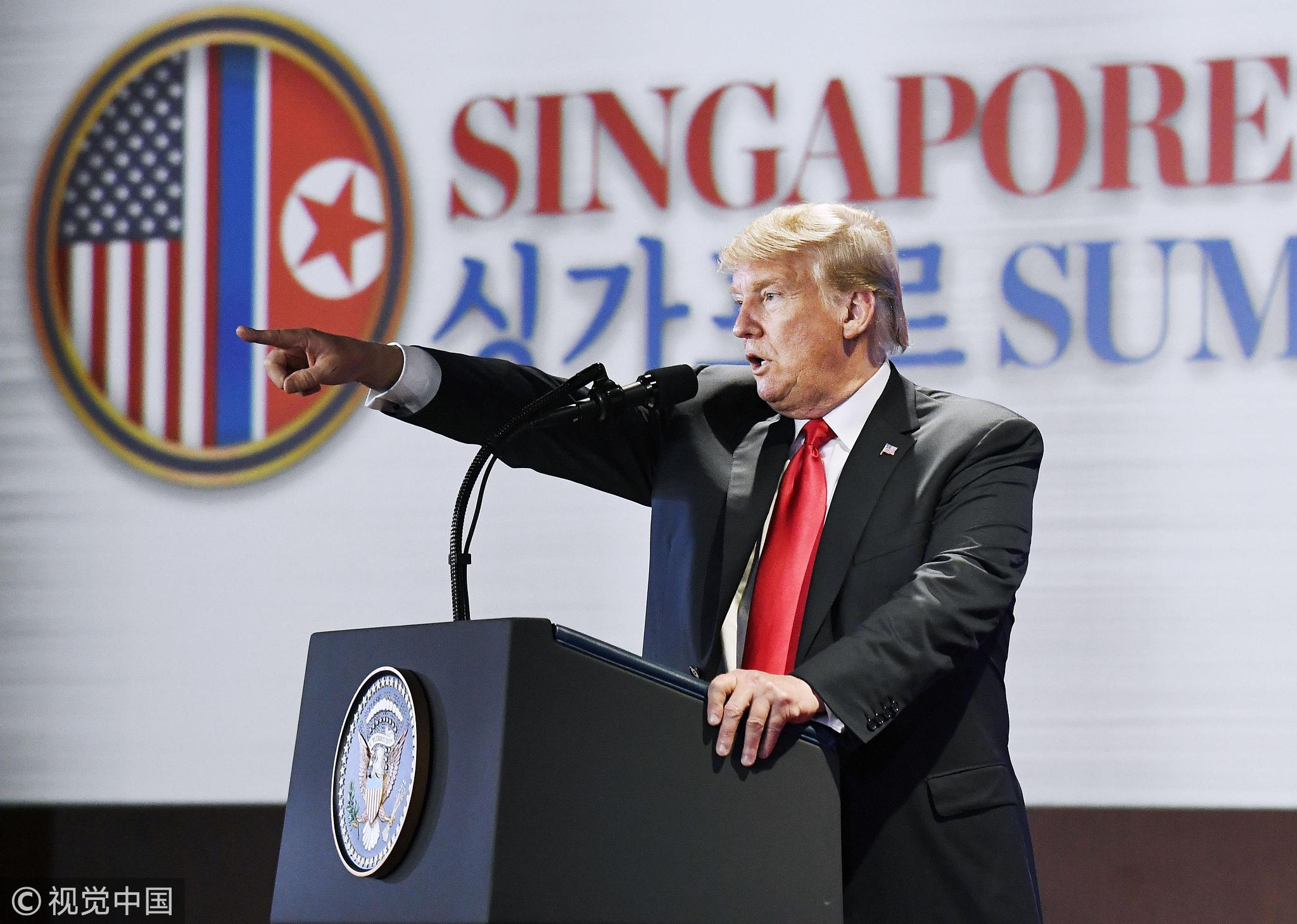 "I hope to share this recognition between Japan and the US, or among Japan, (the) US and South Korea (ROK)," he told reporters.

Trump stunned observers Tuesday, after meeting Kim Jong Un, leader of the Democratic People's Republic of Korea (DPRK), by saying the regular joint military exercises between the US and the ROK would be halted as Washington fleshes out a deal with Pyongyang.

"We will be stopping the war games, which will save us a tremendous amount of money, unless and until we see the future negotiation is not going along like it should," Trump said.

"Plus, I think it's very provocative," he added, saying further that "at some point" he wanted to withdraw US troops from the South, without suggesting a timeline. 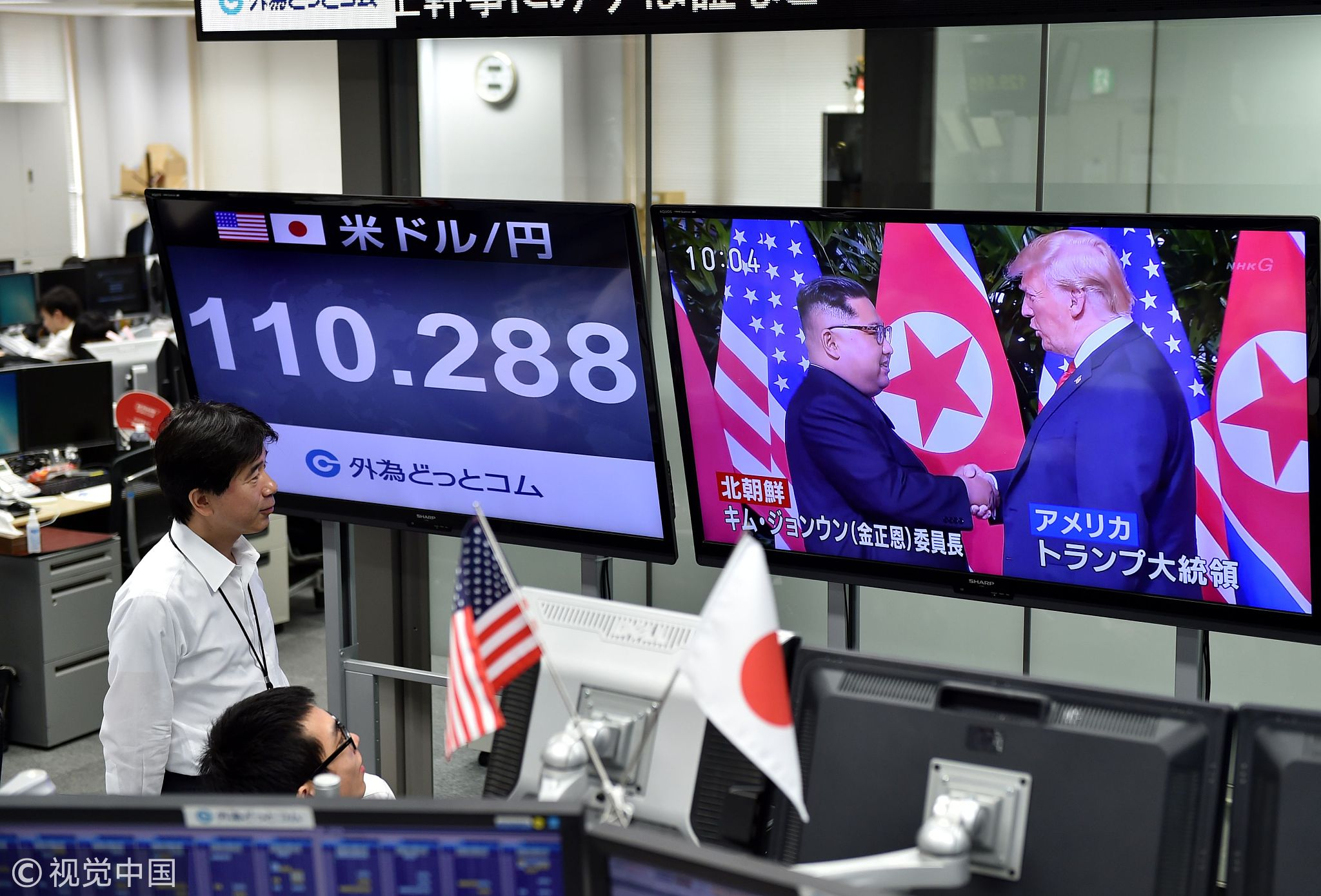 Employees of a foreign exchange trading company in Tokyo watch the news on the Trump-Kim meeting in Singapore, with the Japanese yen's exchange rate against the US dollar on display, June 12, 2018.

"There is no change in our policy of putting pressure" on Pyongyang, he said, adding that Japan wanted concrete action from the North over its nuclear and missile ambitions, as well as on the issue of Japanese abducted by Pyongyang decades ago.