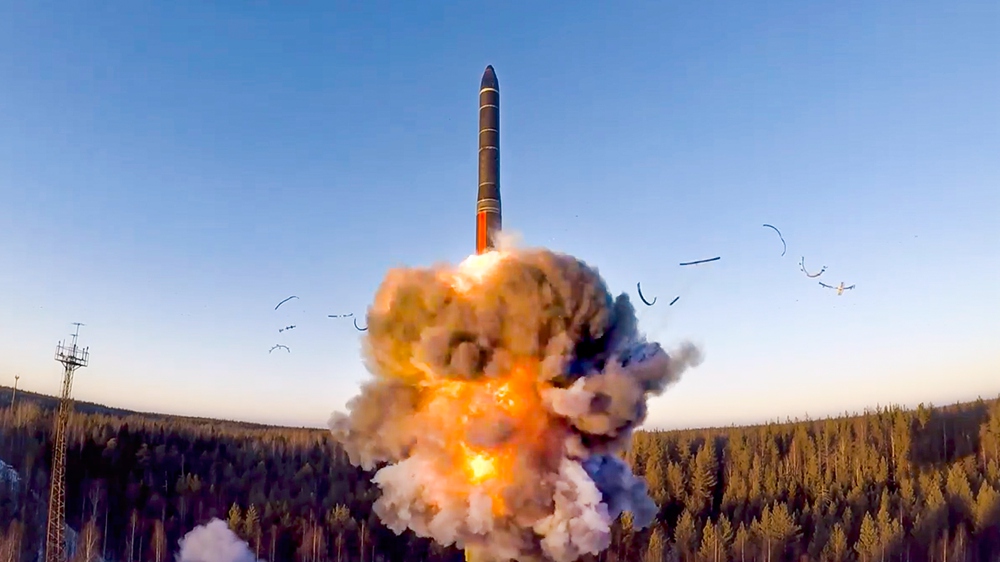 A ground-based intercontinental ballistic missile is launched from the Plesetsk facility during a drill in northwestern Russia, December 9, 2020. (Photo: AP)

Japanese Foreign Minister Toshimitsu Motegi made the remarks in a statement.

On Wednesday, the United States and Russia said the New Strategic Arms Reduction Treaty had been extended for five years through 2026.

The treaty is the last of its kind capping both countries' nuclear arsenals.