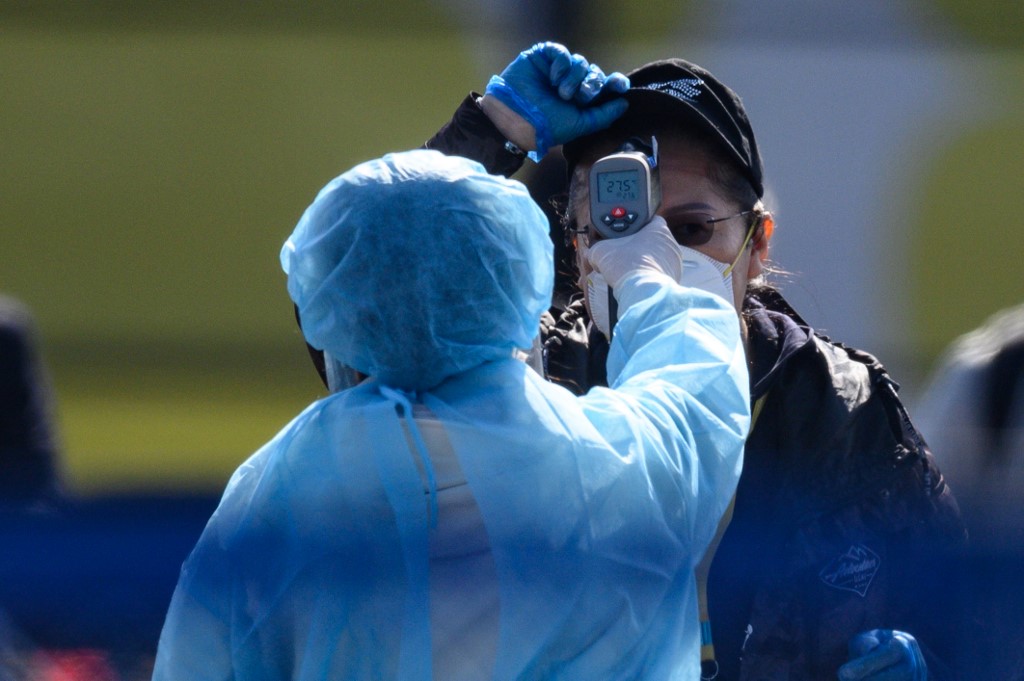 A woman in Japan who contracted the new coronavirus and was released from hospital after recovering has tested positive again, officials said Thursday.

The case is the first time a patient apparently cleared of the virus has subsequently tested positive for it, a local official in Osaka said.

The woman in her 40s was first confirmed as infected with the coronavirus on January 29.

She was working as a guide on a tour bus with tourists from Wuhan in January. The driver of the bus was also diagnosed with the virus.

After being discharged from hospital she tested negative for the virus on February 6, although she still had a cough at the time.

She had no symptoms a week later, but returned to the doctor on February 21 complaining of a sore throat and chest pains.

On Wednesday, she tested positive for the coronavirus for a second time, officials said.

At least 186 people in Japan have so far contracted the virus, with three deaths in the country linked to the outbreak.

Aside from domestic cases, at least 705 people have been diagnosed with the virus on board a cruise ship that was quarantined off Japan, including passengers who were allowed to leave the boat after testing negative.

There have been four deaths linked to the virus from the ship.

The government has come under pressure for a relatively hands-off approach to the virus, but on Thursday the Osaka prefectural government said it would expand screening of patients to a broader group than currently stipulated by central guidelines.

"We will make sure that people who should be tested, get tested, and will avoid a worst-case scenario by preventing these people from developing symptoms and serious conditions," Osaka governor Hirofumi Yoshimura said.